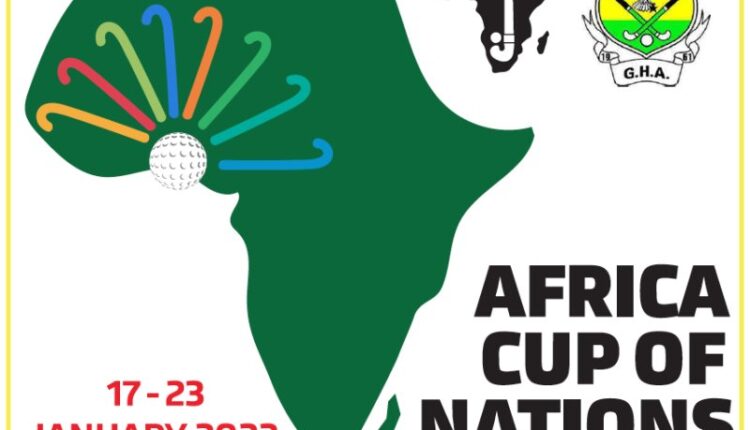 The Hockey Africa Cup of Nations for both men and women kicked off in Ghana today [Monday, 17 January 2022] at Accra’s Theodosia Okoh Hockey Stadium.

The tournament is expected to run till 23 January 2021.

Ghana will play host to teams from eight other countries for the event, with the reigning continental champions South Africa set to begin the defence of their titles in both the men and women divisions.

The last seven men’s Africa Cup of Nations has been won by South Africa and all the last six in the women’s competition.

Seven teams are featured in the men’s division, categorised as Group A and B.

The host team, the Black Sticks from Ghana, are in Group B alongside last year’s runners-up and two-time winners Egypt. They are paired with Nigeria and Uganda.

The defending champions South Africa come up against Kenya and Namibia in Group A.

Meanwhile, the women edition will host eight teams with Ghana, Kenya, Nigeria and Zambia in Group B.

South Africa, Namibia, Zimbabwe and Uganda are in Group A.

Ghana’s men’s team will open their campaign against Uganda today and come up against Egypt tomorrow while finishing the group matches with rivals Nigeria on 19 January 2022.

In the women’s competition, Ghana’s women’s team will open their campaign against rivals Nigeria with Kenya being their second group opponent and will finish off against Zambia.

The group matches at the Africa Cup of Nations will be concluded on Thursday (20 January), with the top two from each group advancing to the semi-finals.

The teams placed third and fourth will continue their tournaments with classification matches.

Both finals are set to be held next Sunday (23 January).

The tournament would serve as a qualifying event for the 2022 Commonwealth Games in Birmingham, England.

The schedule for the tournament can be found below: 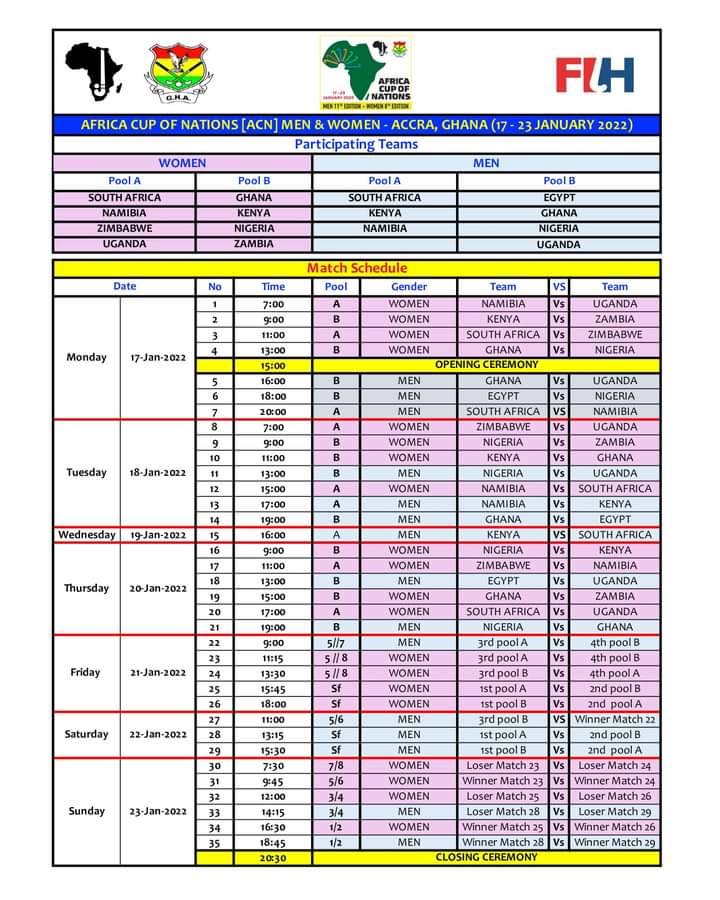