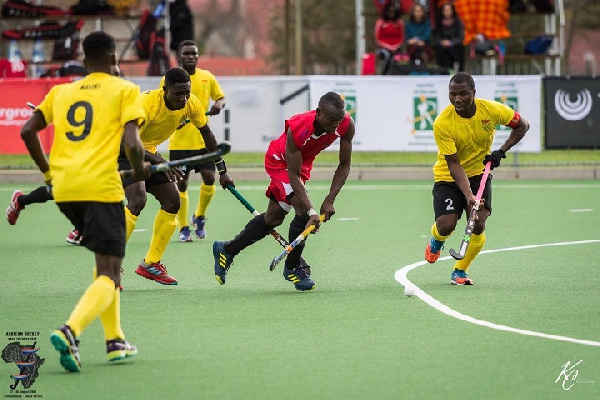 Ghana’s male hockey team return to action today after a day’s rest to face a tough encounter against host South Africa as both sides chase a qualification ticket for the Tokyo 2020 Olympic Games.

Today’s clash at the hockey stadium of the Stellenbosch University in South Africa pits two sides with a perfect run in the competition, but for Ghana, it is a chance to claim maximum points and also end their opponents’ dominance over them at major international competitions.

After victories over Kenya and Namibia, the Ghanaian side are geared up for their toughest test yet against a free-scoring South African team who were on rampage with a 9-0 drubbing of Zimbabwe last Tuesday, having earlier beaten Namibia 3-1 last Monday in their opening fixture of the African 2020 Olympic Games qualifying competition.

The last time the two sides clashed at the 2017 Africa Nations Hockey Cup in the Egyptian city of Ismailia, South Africa ran away with the maximum points after a 3-2 victory and went ahead to win the continental competition.

Incidentally, all the players who scored in that match — South Africa’s Taine Paton and Ntuli Nqobile, Ghana’s Michael Baiden and Ernest Opoku—are expected to feature in today’s must-win clash.

With just one slot up for grabs, today’s game is a win-or-bust affair for either side, especially as group leaders Egypt are also in a good position to qualify for next year’s summer Olympics.

Ghana’s Head Coach, Ebenezer Frimpong, told the Daily Graphic via telephone from their Stellenbosch base yesterday that his players were confident they would turn the tables against their highly-rated opponents no matter the resistance they may pose.

Coach Frimpong’s side have been dealt a big blow going into today’s clash after losing two key players through injuries, while two others are also in a race to recover from knocks they sustained in the competition.

“We lost one of our best players, Emmanuel Ankomah, through an ankle injury during one of our training sessions in South Africa and another quality player, Christopher Dobge, also sustained a head injury and ruled out of the tournament.

“Christopher was replaced by Sylvester Apronti, while Francis Tettey replaced Emmanuel Ankomah, but in our opening match against Kenya, Francis was carried off the pitch after he was hit by a stick, while Michael Baiden was also carried off for thigh injury,” bemoaned the Ghana coach.

“The team is well settled now and getting used to the bouncy turf, and against South Africa, we will not only control our balls, but also carry the game to them and manage each quarter as it comes.”