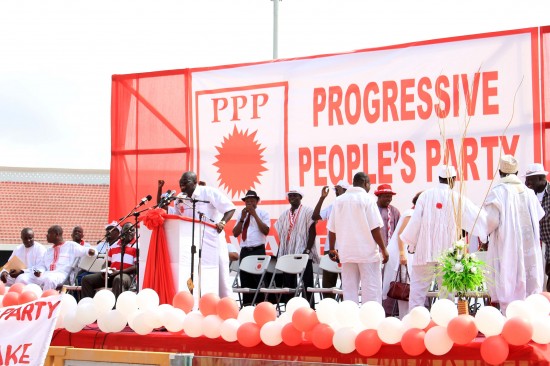 The Progressive People’s Party (PPP) has called on the leadership of the country to honour the significance of the Founders’ Day celebration by improving the living conditions of the citizenry.The Party, in a release issued and signed by Mr Felix Mantey, its Director of Communications, said it was the vision of the founders to create a country that offers its citizens liberty and prosperity, however, this was not the case among majority of the citizenry.

Mr Mantey said the over six decades of Ghana’s existence did not measure up to the living standards and aspirations of many Ghanaians.
“We wish to use this day to reiterate the need to fix the country’s legal regime to make government effective, efficient, less corrupt, and accountable to the people,” he added.
Moreover, the Party outline some steps that when adopted could ensure that the management of the state was in line with the aspirations of citizens including the amendment of the Constitution to prevent the Legislature from being part of the executive in any way.
They noted that this would ensure a total separation of powers which would empower Parliament to scrutinise the executive better, reduce corruption and deliver personal freedoms.The Director of Communications called for the ‘de-politicisation’ of prosecution by ensuring that the Ministry of Justice was separated from the Office of the Attorney General.
“Whilst we can have a Minister of Justice as government’s legal advisor and lawyer, weneed an independent prosecutor whose tenure of office is not necessarily linked to the political office of the president and who can have the independence to prosecute anyone without political considerations,” he added.
Mr Mantey called for the election of MMDCEs and all Assembly members to make them accountable to the people and development oriented in their actions and thinking.
Progressive People's Party