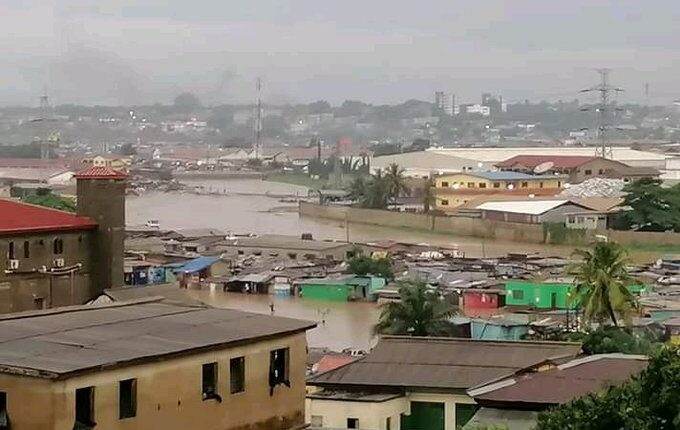 How 8 hours of rain caused havoc in Accra

The damage caused by floods in Accra does not seem to end as several areas got submerged after a heavy downpour on Wednesday, 15 June 2022.

The rain started around 10 am and lasted almost eight hours, causing traffic congestion on major roads in the capital.

The Ghana Meteorological Agency (GMet) had earlier forecasted that there would be three further bouts of heavy rain in the south by the end of June.

As the deluge continued, Ghanaians flocked to social media to share videos of flooded areas, where the rains had caused massive havoc.

Other causes of floods are the improper planning of settlement in Accra, choked gutters that block the drainage system, and a few other human factors.

Below are some comments on social media:

😂Ghana is just a funny country 😂Everything about the country is just funny 😂😂#Kaneshie #Accrafloods pic.twitter.com/CFC7QihRGf

We are the third world not because the sun rises on the West and sets in East, but because we have engaged the reverse gear and we are moving with jet like speed in the wrong direction. We have failed as Citizens likewise our leaders in power #AccraFloods

I can fix the flooding in Accra ! Jx look at the Road leading to the National Cathedral #AccraFloods pic.twitter.com/A7laIY7JqY

If the systems and the people in charge were working.. 💔😓#AccraFloods pic.twitter.com/8QoccSatEn