President Akufo-Addo was in high spirits as he welcomed the Supreme Court judgment which dismissed the suit challenging his victory in the 2020 elections.

They were glued to the giant TV set in the President’s office together with some staff at the Jubilee as the Chief Justice, Kwasi Anin Yeboah read the two-hour-long judgement on Thursday, March 2, 2021. 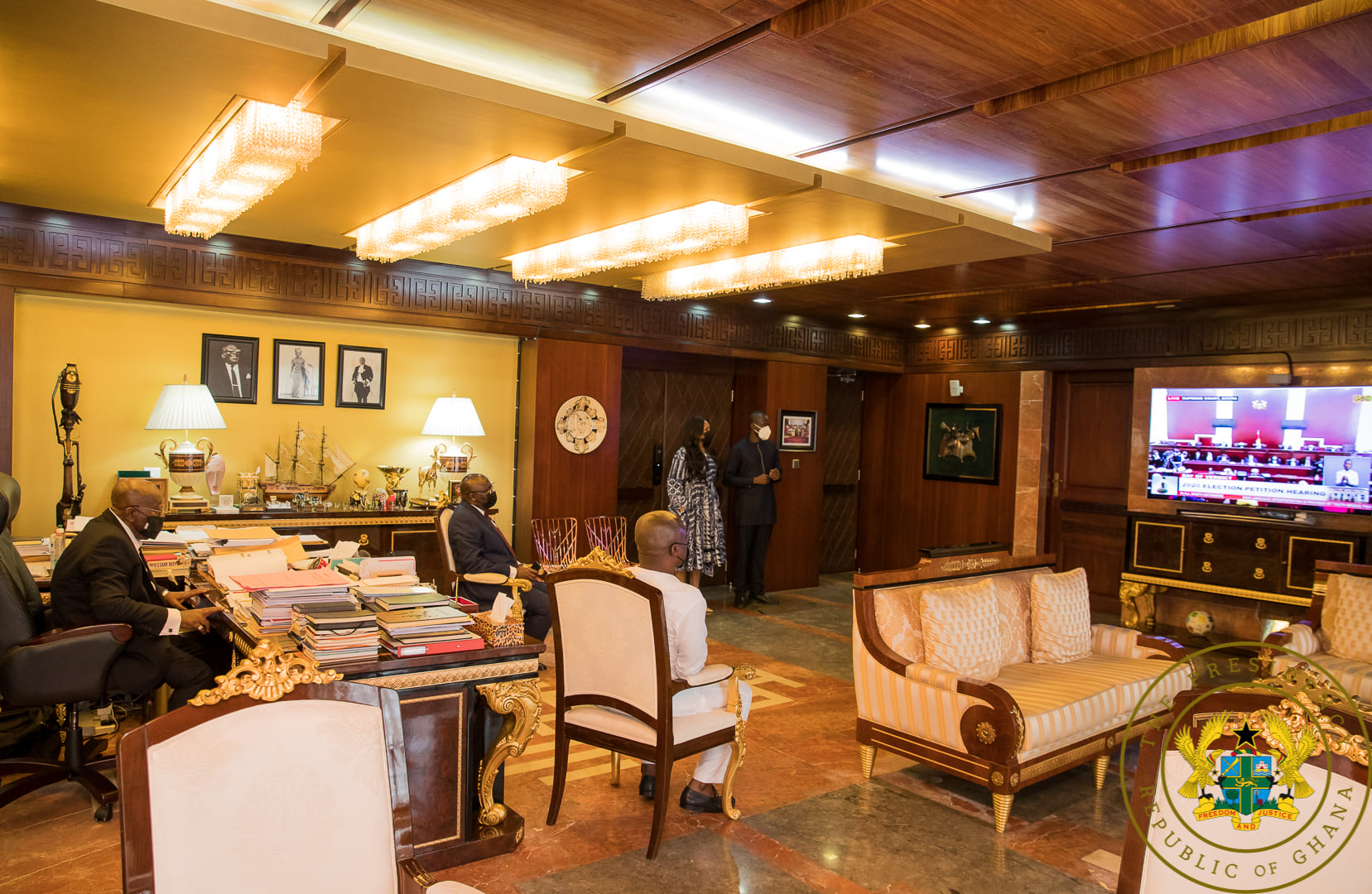 Immediately, the CJ concluded the verdict, Dr Bawumia turned from his seat, stood up and bowed gently with his face down and right armed stretched to tap President Akufo-Addo’s clenched fist.

President Akufo-Addo, who was named a second respondent in the petition, had maintained that the polls were clean and he won by free and fair means. 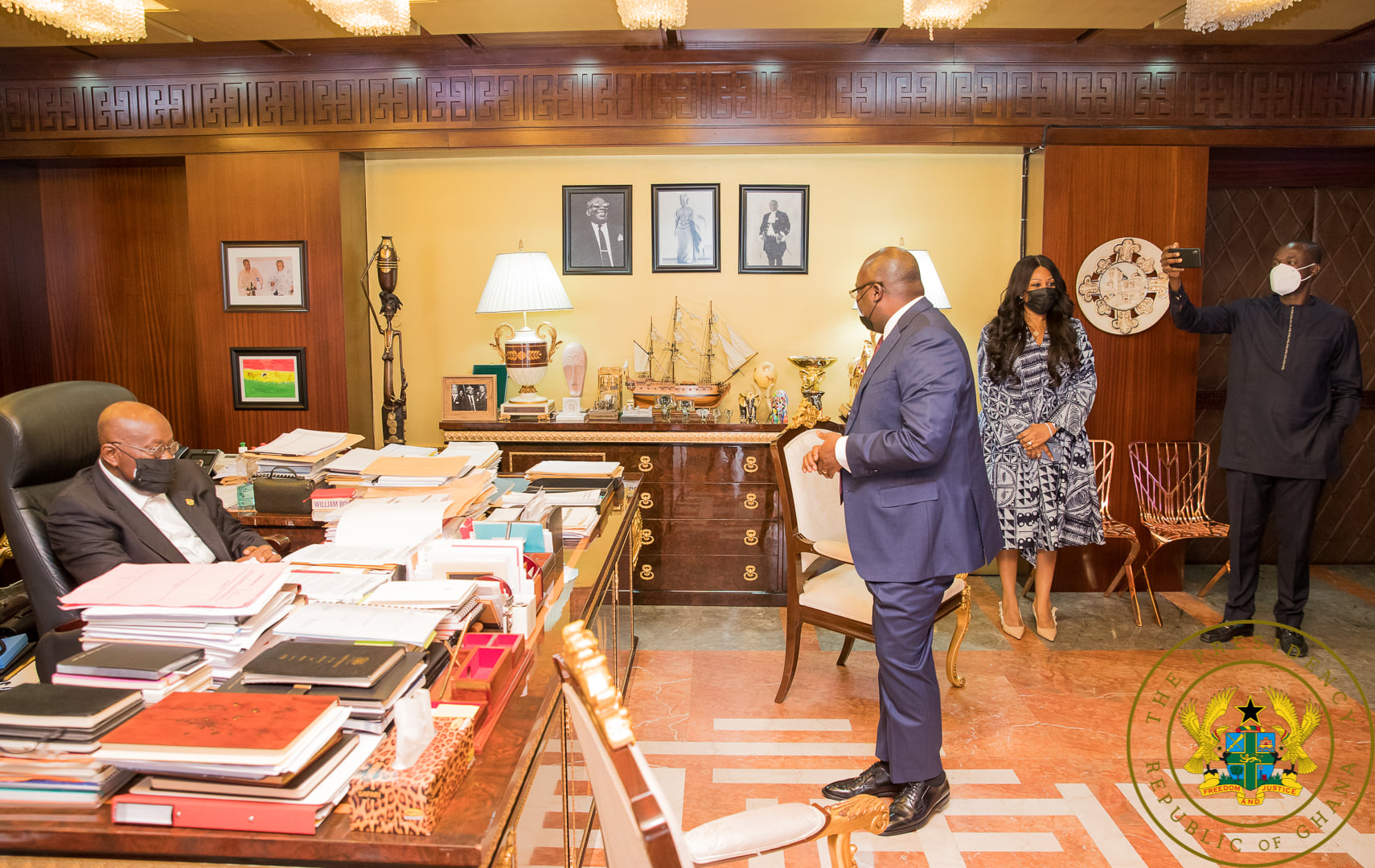 Through his lead counsel, Akoto Ampaw, he had constantly called on the Supreme Court to throw out the case.

Elsewhere, the legal team burst into songs of praise as soon as they exited the Supreme Court.

Details of the ruling

The CJ was of the view that the Petitioner’s team led by Tsatsu Tsikata has not presented any data to counter the figures announced by the EC Chairperson on December 10, 2020, as total valid votes.

In the judgement read, citing various authorities, the CJ said if the petitioner’s team had presented figures to prove that the New Patriotic Party presidential candidate Nana Akufo-Addo did not meet the legal threshold, all the reliefs sought would have been granted.

The Chief Justice further said the testimonies of the three petition witnesses (NDC General Secretary Johnson Asiedu Nketia, representatives in the EC strong room Dr Michael Kpessa-Whyte and Robert Joseph Rojo Mettle-Nunoo) were of no relevance to the petition.

The three witnesses, according to the panel, failed to prove to the court the said illegalities that characterised the December 7 election.

According to the panel, the representatives of the NDC flagbearer in the EC strong room basically neglected their duties to oversee happenings in the National Collation Centre.

It was the view of the court that once the representatives signed the regional collation sheets, there was no basis for the complaints. 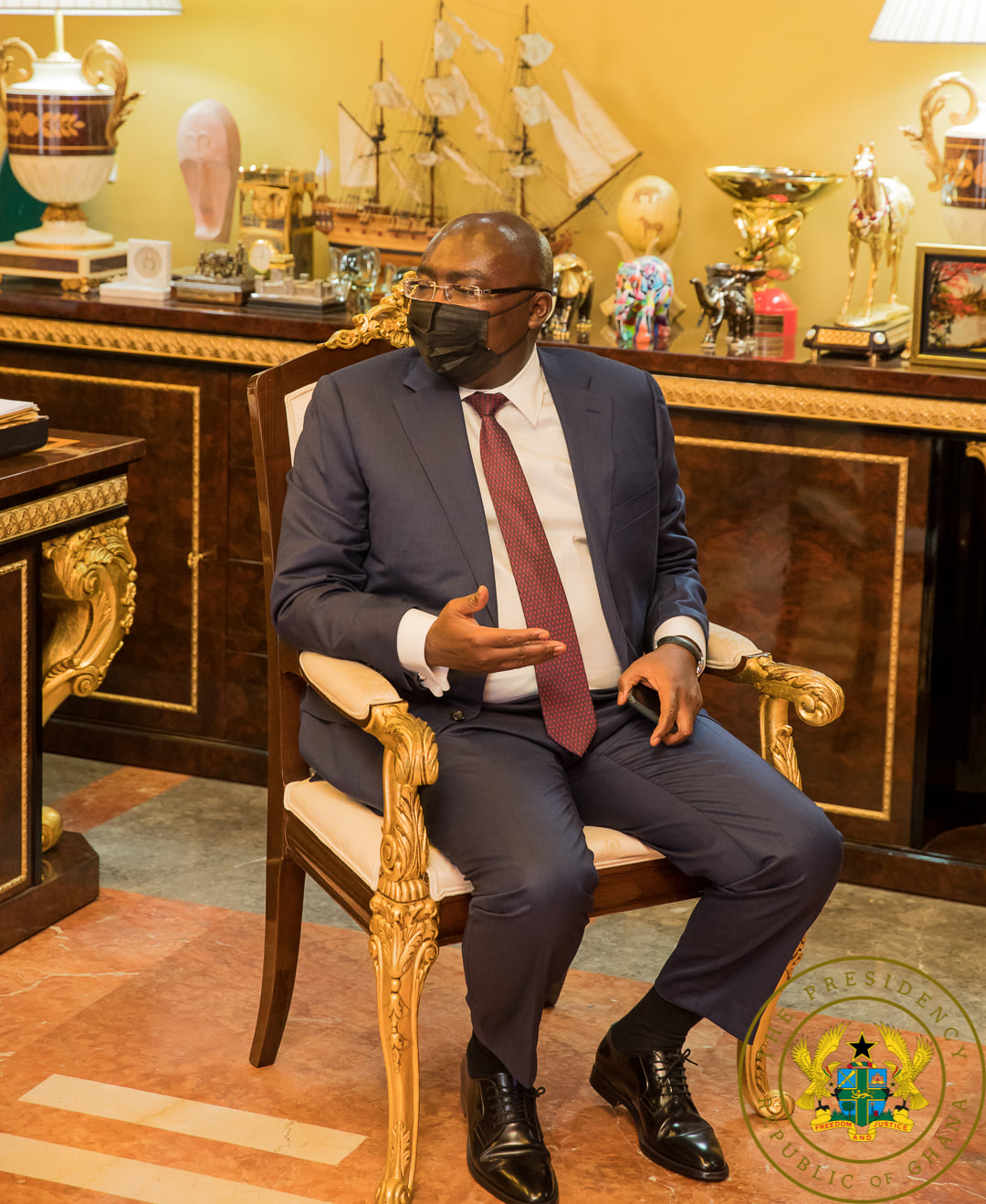 Justice Yeboah also mentioned that the evidence before the court confirms that the second respondent Nana Akufo-Addo indeed satisfied the 51 per cent threshold as per the constitution, with the exclusion or inclusion of the Techiman South results.

In effect, the Petitioner failed to provide evidence to show that the NPP candidate did not meet the 50 plus benchmark.

Why Mahama is in court

The petition filed by the flagbearer of the opposition National Democratic Congress Mr John Mahama, challenged the 2020 election results, which was declared in favour of the New Patriotic Party (NPP) candidate Nana Akufo-Addo.

Former President Mahama said none of the 12 presidential candidates attained the 50 plus one mark for the Electoral Commission (EC) to declare a winner.

Although the EC said the NPP candidate got 51.59 per cent of the votes against Mahama’s 47.37 per cent, the petitioner insists that was not a true reflection of the December 7 polls.

Among other things, Mr Mahama wants the court to set aside the declaration made by EC Chairperson Jean Mensa on December 9, 2020.

He also urged the court to declare as “unconstitutional, null and void and of no effect whatsoever, of the results declared on the said day”. 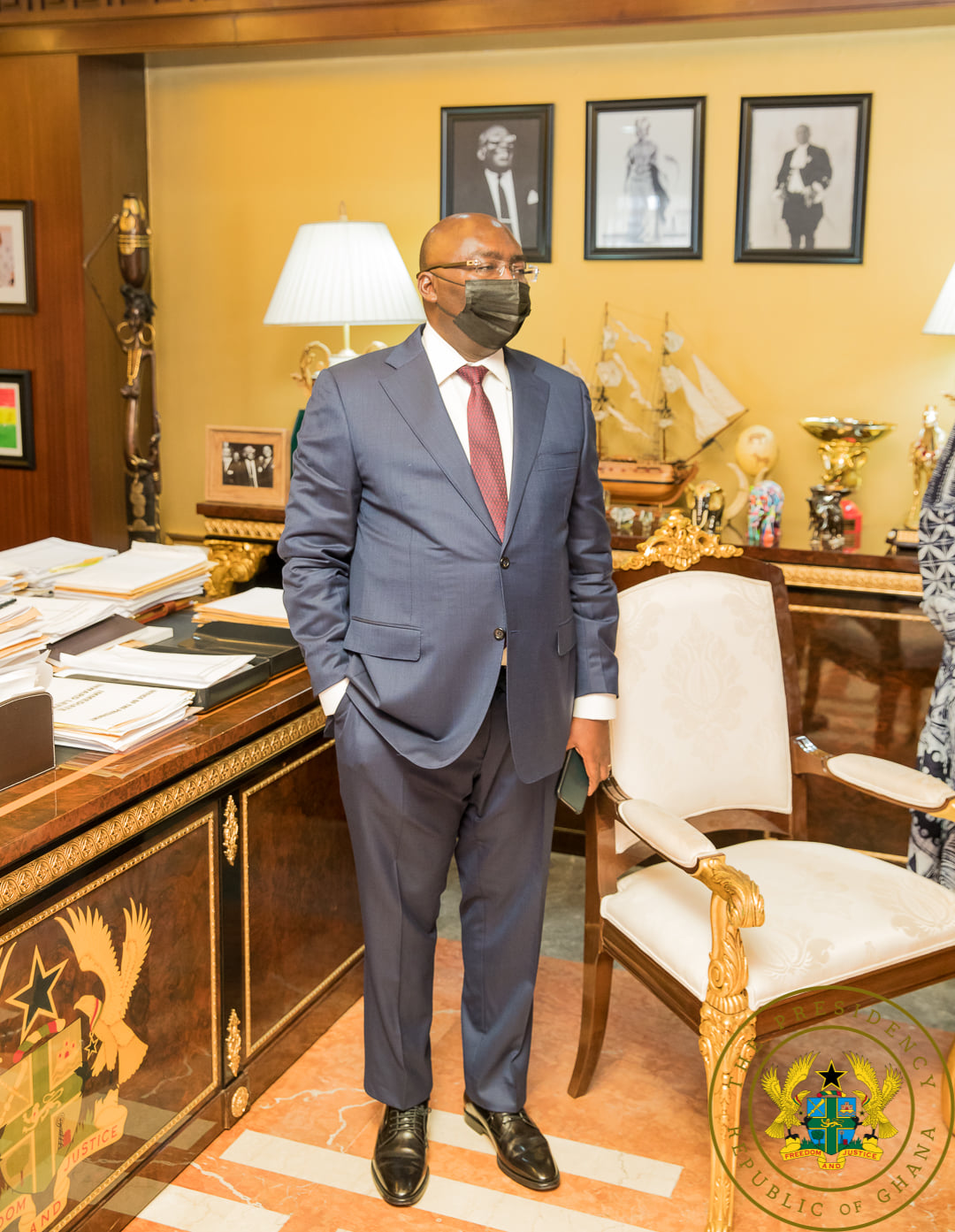 Mr Mahama further wants the court to order the Electoral Commission to organise a rerun between him and the NPP presidential candidate, Nana Akufo-Addo.

The respondents in the case (Electoral Commission and Nana Akufo-Addo) decided not to present any witness to testify in court.

The apex court was compelled to decide on the matter based on the three persons who testified on behalf of the petitioner.

(b) A declaration that based on the data contained in the declaration made by Mrs. Jean Adukwei Mensa, Chairperson of the first respondent and the Returning Officer for the Presidential Elections held on December 7, 2020, no candidate satisfied the requirement of Article 63(3) of the 1992 Constitution to be declared President-elect

(d) An order annulling the Declaration of President-Elect Instrument, 2020 (C.1. 135) dated December 9, 2020, issued under the hand of Mrs. Jean Adukwei Mensa, Chairperson of first respondent and the Returning Officer for the Presidential Elections held December 7, 2020, and gazetted on December 10, 2020