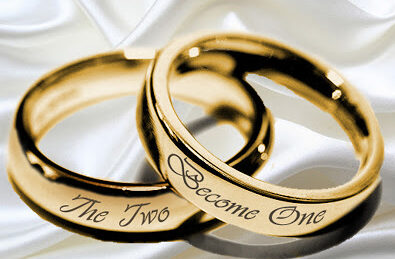 It all started at Starbucks, as many young romances do. I was totally mad about one of the ‘baristas’.

As I became a regular, I got to be good friends with another of the baristas, Logan, who promised to try and “set me up” with the guy I was googly-eyed over.

Logan had a girlfriend at the time, which was safe for me since I’m a commitment-phobe. (I’d like to note the other barista whom I’d had a crush on also had a girlfriend, and yes, I know I’m screwed up.)

Logan would come up for poker night, other times we’d play XBOX, or just talk. I found out he’d been previously married when he was younger, which wasn’t surprising since he was ten years older than me.

He’d been dating his current girlfriend for about six months. I even know her and really liked her. We all went out on multiple occasions.

One thing led to another, as it usually does, and I realized Logan and I had gotten very close emotionally. Too close, really, for him to have a girlfriend.

There was flirtation, a little hand-holding, and finally, a kiss. I felt horrible. We talked about it and decided it wouldn’t happen again. But the emotional affair continued. (I’m not proud of it, OK?)

One afternoon we were lying out by the pool, talking about the future.

“Well, it’s not like it matters…you wouldn’t actually date me, would you?” he asked with a laugh.

I chuckled uncomfortably and answered, “Yeah, I think I would.” But internally I was thinking, hell no, I wouldn’t, because as a commitment-phobe, I knew him well enough to realize that a relationship with him would actually go somewhere. And that terrified me.

After that, I stepped away from our rather unhealthy friendship, which was one of the hardest things I’ve ever done.

There’s a really strange dynamic at play when you’re “The Other Woman.” It’s a power play, and there’s obviously the lure of the forbidden.

And I don’t care who you are or what you say, there’s a twisted element of excitement there. But the more emotions get involved, the harder it becomes.

There was part of me that was continually asking, “Is this really my life? What have I become?” It’s confusion mixed with guilt and a healthy dose of regret.

In the words of Gina Barreca Ph.D. in her article titled “The Other Woman: Who She Is,” “She’s not a fool even though she knows she’s acting like one.”

My emotions were at war. I saw how well he loved and fit in with my family, especially since he came from such a broken home. Really, there were a number of things I saw, all of which made me draw to him even more. It just came down to the concept of loving someone I wasn’t supposed to love, at least at that moment in time.

Sure, there are excuses — “The heart just wants what it wants,” “I deserve to be happy,” “We’re better together than they are.” — but you know what they say about excuses. So I “grew a pair” and walked away.

Around that time I was diagnosed with Arnold Chiari Malformation, a condition affecting the brain that required immediate brain decompressive surgery.

Logan met me the morning of the surgery and he was visibly distressed. He also came to visit me in the hospital when I woke up, where I was still doped up on pain meds.

Apparently, I asked him to play a game of twenty questions, which ended up not working very well in my favor. I’d like to blame it on the morphine.

He left the hospital that day and broke up with his girlfriend. Their relationship had already been deteriorating since they wanted such different things, and suddenly the decision became clear to him.

He would later tell me that seeing me in that condition made him realize how much he was actually in love with me and he didn’t want to waste another moment.

Now it’s six and a half years later, and we’re about to celebrate our five-year anniversary. We have a beautiful 3-year-old daughter, own our own business, and no, I’ve never once thought, “If he did it with me, maybe he’ll do it again.”

So I guess I went from being the other woman to being his wife by screwing up, and then coming back around and making the right decision to walk away. Because when things are meant to be, they’ll happen.

11 Red Flags That Occur on the First Date

5 surprising things coconut water can do for skin

5 Ways To Spend More Quality Time With Your Family

I Was Single, Infertile And 42 — But I Still Gave Birth To A Baby