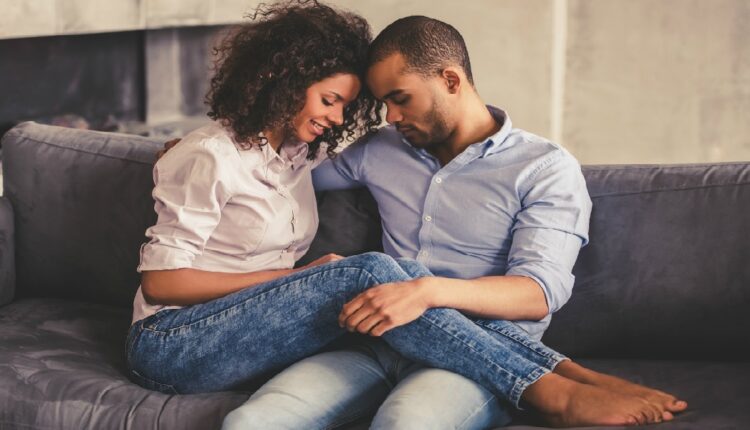 How my facebook boyfriend led me to my husband

On my 32nd birthday, I celebrated it alone at work. My best friend, Susan, came to celebrate with me. She stayed with me for most of the day, her husband had traveled.

At 32, I had no boyfriend, no husband. I was depressed and felt something was wrong with me. All my attempts at relationships failed. All the guys I dated broke my heart, all of them. Even the guy I had my first shuperu with—the guy who took all from me, left me only six weeks into the relationship.

My longest relationship lasted for only a year. I thought he was the one till I found out he was married with kids. I went to visit him when he stopped answering my calls and found out his wife who lived abroad had returned.  I tried dating men my age. I tried older men. The younger ones were worse. Nothing worked out.

Everyone in my circle was getting married. Susan was my inspiration because she wasn’t married but a few years later, Susan also got married. My family wasn’t happy with my unmarried status. They soaked pressure on me at every turn to get myself a man. At a cousin’s marriage, my mother brought up the topic of marriage. She teased, “You better give birth before you reach your menopause.” At this point in my life, I sought company in toys. They were faithful. They never cheated. They were always there when I needed them. I was so lonely I plunged myself into my work and tried hard not to think about my loveless life.

Susan suggested, “Why don’t you try social media? You have a lot of friends there. Who knows, one of them could be the one.”  I found it funny but she was convinced I would find love there. She said, “People meet there and they get married all the time. The evidence is all over the place. Started from the inbox, now here we are. Talk to people. Respond to messages. It may work.” I agreed to give it try. I started replying to messages from male friends in my inbox.

Kwame was one of the guys I was chatting with. I was enjoying our chats. He didn’t leave messages hanging and replied as fast as they come. I saw a connection. We exchanged contacts and kept in touch on WhatsApp. He had a huge sense of humor which was a plus to me. When he called the first time on the phone, it was his voice that got me enchanted. We kept in touch. Chatting, texting, and calling each other

For the first time after a very long time, I was happy. Kwame and I had a lot in common; food, movies, music, books, and even favorite places to hang out.

Three weeks on and things were just as they started, even better. We were still talking on the phone and chatting on WhatsApp. We met on a weekend after the third week at the Accra Mall. It was just as I imagined, he was exactly what I wanted in a man.  We went dancing that night. We had so much fun. Before the night ended, he asked if I would be his girlfriend. I didn’t have to think about it, I accepted it straight away. That night, at my place, we made love for the very first time. “I’ve found my soulmate,” I thought.

Everything was there to enjoy. He made me feel very special in his life. We spent the next weekend at his apartment, making love and having lots of fun. I was head over heels in love with him.

The week after wasn’t the same. Things started changing. He didn’t call me anymore. He was missing my calls and didn’t return them. He left me on reading and didn’t reply to my messages. I asked and he responded, “I’ve been very busy at work. Things would get back to normal. You have no reason to worry.

I started panicking. This was way too familiar, the feeling. It was like deja vu. A dream I had yesterday and woke up this morning and everything I dreamed about was rolling right before my eyes. I had lived through similar experiences and they didn’t end well. Things didn’t change, they persisted for two more weeks. Slowly, it sunk in, I had been used and dumped, again!

I was devastated and cried for days. I didn’t want any food, I just couldn’t bring myself to eat anything. I had to ask for leave from work, I needed space to heal. I stopped talking to Susan. I don’t know but a piece of me was mad at her. She was the reason I got my heart broken this time. She was the reason I went looking for love on Facebook. Such bad advice.

I was sad and angry at the same time. I wouldn’t let it slide, not this time. Revenge was on my heart and was ready to go the distance to execute it the best way I found fit.  How dare him? Who told him he could play with a heart like mine and go scot-free? I was out for blood—his blood.

Kwame always talked about his job when we were together. He had been working there for almost 10 years and was paid very well. That is some of the things he told me. He loved his job. If I was going to do something to hurt him, I would have to hurt his job. So, I began digging to find out more about his job. I dug till I found a number. It belonged to the CEO of the company Kwame worked for.

I called Kwame’s boss after the closing of work one day and arranged a meeting with him. I told him I was calling for business. I didn’t really have any grand plan. Somewhere inside of me, I wanted to just report him to his boss and see what happens to him.  So, I was going to meet his boss, tell him what Kwame had done to me, and just hope he could do say something to him. We met at a coffee shop in Labone the next day. I got there first and was waiting when I got his call. He wanted to know what I was wearing, he’d just gotten there and was trying to find me.

I saw him and I was like, “No this is not what I anticipated. Noo, I was hoping to meet a very old man who could listen to me like a father. But the one I had right in front of me was a nicely built young man who could be my senior brother.

He approached me and introduced himself as Jay. I started feeling stupid. He was too young and I wasn’t comfortable discussing with him how his employee had dumped me.

“What did you want to discuss with me?” he asked. I blurted out a lie “I’m sorry to waste your time. I am just looking for a job and decided to meet you personally to see if you have  a position in your company I can  apply.” He burst out laughing. He said, “Wow this has to be the boldest way anyone has ever approached me for a job. Unfortunately, we are not hiring at the moment, but I will let you know if any vacancy comes up.”

I thanked him and stood up to leave. He offered to drop me off at my destination. We talked along the way. He was an impressive young man who was very focused. He dropped me off at Susan’s house.

Later that day, I sent him a message on WhatsApp apologizing for what happened earlier. He assured me he wasn’t angry but rather admired how determined I was in finding a job.

On Sunday, I went to church and prayed to God for inner peace and decided to forgive and forget about Kwame. I resumed work and fell back into my routine once again.

One weekend, I was washing when I had a call, I checked and it was Jay, Kwame’s boss. He wanted to check up on me and ask how far I’d gone with my job search. I disclosed to him, “I already have a job. I’m only out there looking for a better opportunity. He offered to take me out that evening. I couldn’t think of anything we’d be talking about, but, I went anyway. The night turned out well. We talked about a lot of things that day and promised to keep in touch.

Jay and I became close. We talked every day and met twice every week. One day, I decided I’ll pay him a visit at his work, the same place Kwame was working. I was dying to see the look on Kwame’s face when he sees me with his boss.

We met Kwame on the way out. The shock and confusion on his face were visible. We didn’t talk to each other. Later that evening, Kwame called to ask what I came to do at his workplace and if I told his boss anything. I told him, “It doesn’t matter anymore and what I do with my life is none of your business.

Jay was very caring and everything he did showed he was interested in me. I ignored every sign, l couldn’t let myself be fooled again, I’d had enough.

Five months after our first meeting, he asked me to be his girlfriend. That was when I decided to let the bunny out of the hat. I told him the truth. Why I called him that day. How Kwame treated me and the pain I went through. I was expecting the worse. I was expecting him to withdraw his proposal. Because men are like that. They usually don’t want what another brother had ‘used’

He said, “I love you and the past doesn’t matter to me. I don’t care who you were with yesterday. I only want to be part of your present and your future.” Those were the most beautiful words anyone had ever said to me. I cried really hard as I said yes to his proposal.

His words were sweet but I was wondering if his character would complement his words. Actually, it did. And it was the reason why he became my husband.

We had a lavish wedding. Susan was my maid of honor. On my wedding day, I said a silent prayer to God while exchanging vows with my husband. I prayed what he had started in my life should continue to the end. “May this marriage never becomes a disappointment,” I said.

I’m currently pregnant with our first child and when I look back to where I’d come from, the roughness of the journey, and where I am now, I ask myself, “How did I get this lucky?

5 sexual injuries you should know about

5 ways to naturally increase the size of your breasts