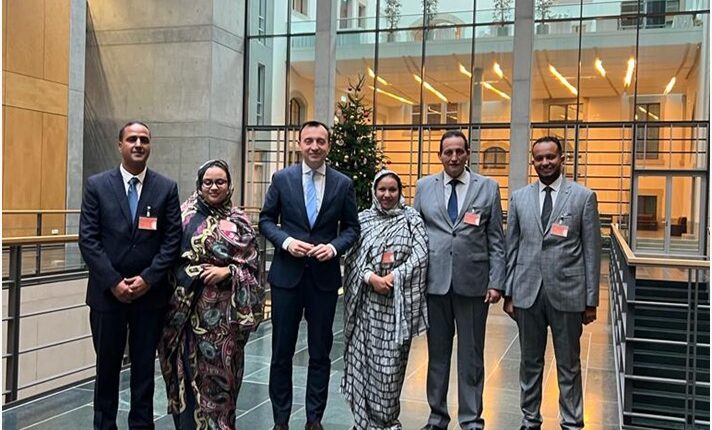 A civil society delegation from the southern provinces of the Kingdom of Morocco laid bare, during the current week in Berlin, the serious human rights violations perpetrated by the Polisario armed group against the sequestered in the Tindouf camps, in Algerian territory.

During meetings held with officials of the German Parliament (Bundestag), and conferences organized in Berlin, the delegation, which was composed, among others, of the president of ASADEDH, Ramdan Masoud, representing the victims of the Polisario armed group, and of Khira Khribich , who lived for twenty years in the Tindouf camps, testified to the different forms of torture and their consequences on the lives of the victims, and to the crimes committed by the militia against the Sahrawi populations sequestered in the said camps.

Ramdan Masoud also told members of the German parliament about the enforced disappearances and abuses perpetrated by separatist militias in the Tindouf camps, in Algerian territory, with the complicity of the authorities of this country, and set out the details of the complaint against the leaders of the separatists, what he describes as the “illegal hosting” of Brahim Ghali in Spain, and the conspiracy to save him from a conviction for crimes against humanity.

In addition, other members of the delegation, namely Limam Boussif, a business leader and associative actor, and Zineb Ramdan, a young entrepreneur in Laayoune, focused their interventions on the entrepreneurial opportunities accessible to young people from the Provinces in the south, on the region’s potential for sustainable investment, green energy production, and fishing and port potential.

For his part, Shibata Mrabih Rabou, President of the Sahara Center for Studies and Research on Development and Human Rights, stressed that the Autonomy Initiative, described as serious and credible in all the resolutions of the Security Council since 2007, was developed through a consultative process involving all segments of the Kingdom’s Saharan populations.