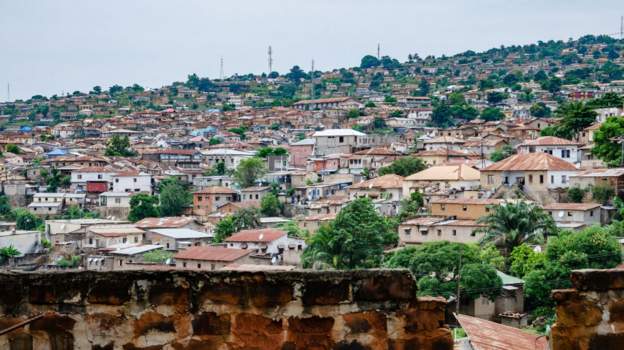 Hundreds of inmates have fled a prison in Matadi, a port city in the west of the Democratic Republic of Congo.

Two armed men arrived at the jail, subdued the guards and then broke open the main gate, local media reported.

Security officials said about 300 inmates rushed towards the police, who were firing into the air, grabbing their weapons and killing an officer.

The deputy director of the jail said the facility had 737 inmates, even though it only had a capacity for 150.