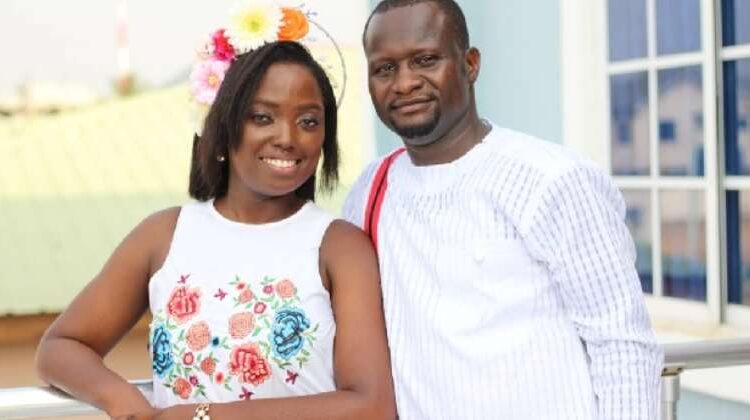 The husband of the missing staff of the Lands Commission, Dr Wilberforce Aggrey, has finally been granted bail but yet to meet the GH¢300,000 bail condition slapped
on him after spending almost 10 months in police custody.

The accused, who is standing trial at the Kumasi High Court on charges of kidnapping and deceit of the public, was granted GH¢300,000 bail with one surety to be justified by the court presided over by Justice Duniel Obeng on Friday, July 29, 2022.

Dr Aggrey, a Senior Lecturer at the Kwame Nkrumah University of Science and Technology (KNUST), was arrested in October 2021 over the disappearance of his wife, Rhodaline Amoah Darko.

The court had previously denied him bail and remanded him into police custody since November 2021.

Dr Aggrey is standing trial with two other, Yaw Boateng currently at large, and Justice Appiah.

Appiah was found in possession of Rhodaline’s phone which he claimed to have bought from Boateng.

He has since been granted bail while Boateng is at large and being sought by the police.

The accused is alleged to have kidnapped his wife, who has been missing since August 2021.

The State Attorney, Edward Charles Addo Yirenkyi, who led the prosecution, initially objected to the bail application by counsel for the accused person for fear of him
compromising the witnesses in the case.

Three of the prosecution witnesses were people who worked directly under the accused and prosecution believed that granting him bail would jeopardise their case.

However, last Friday, the prosecution did not put up a strong objection to the bail application by the defence after the third witness had been crossed examined by the defence lawyer.

Rhodaline Amoah-Darko, staff of the lands Commission in the Ashanti Region, was reported missing after she allegedly left home at Gyenyase in Kumasi, on August 30, 2021, and did not return.

The husband reported the case to the police on September 2, 2021, after she went missing.

However, communication from her mobile phone allegedly from suspected kidnappers demanding a ransom emanated from a location (cell tower) close to her residence,

Based on that, the husband was invited for interrogation and according the the prosecution Dr Aggrey allegedly admitted that he sent those messages from Rhodaline’s phone because he was threatened that his family would be harmed if he did not do that.

According to the police, the accused claimed to have sent the wife to a location close to the Volta Lake to ensure her safety.

He could, however, not lead the police to the said location of the wife.