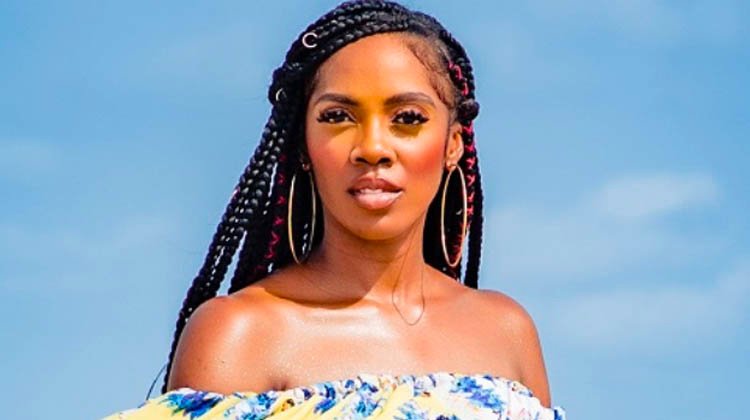 Tiwa Savage has been responding to accusations that she masterminded her own sex tape leak.

According to her, she didn’t do that, indicating she would have done it tastefully if indeed she planned such a thing.

The Nigerian musician has since Monday been trending over the leaked sex tape which allegedly captured her having sex.

Early October, Tiwa herself preempted the leak by announcing that she was being blackmailed by an unknown person over a sex video featuring her and her lover.

After the tape was leaked on Monday, some showbiz observers were quite convinced she has a hand in the leak.

But speaking in an interview on a New York-based radio station, she mentioned that she did not plan her sex tape leak for trend and even if she did so, she would have worn a nicer and sexier dress for the video and even shot a much clearer video.

“If it was it would have been a clearer much sexier underwear, I would have gone out loud, I would have made sure I was looking cute,” she said. She further disclosed that she couldn’t believe what had happened to her and felt sorry for her fans who would try to defend her on social media after they saw the posts.

“I can’t believe it’s actually happened to me as I feel for my fans, they have to be defending me, I can switch off my phone and let someone handle my account for me but they are going to see it and feel they have to defend me,” she said.

Slamming her critics who hate that she didn’t let the sex video destroy her.

“You hated how I was able to control the narrative and get ahead of the story before it consumed me and how I’m able to joke on stage about something you thought should destroy me and make me feel ashamed,” she wrote.

Tiwa Savage entreated her fans to ignore the post and commentaries on social media and continue to stream her songs and support her.