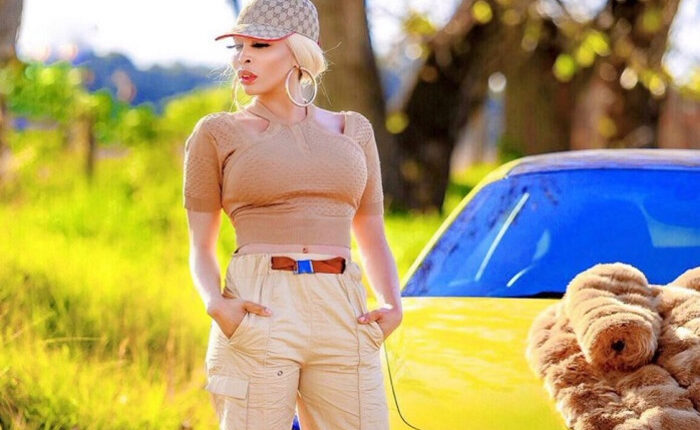 Controversial, outrageous and always pushing boundaries, South African media personality, Khanyi Mbau, has made a name for herself as a diva-extraordinaire.

So who better else to take the hot seat in the latest edition of the African Comedy Central Roast?

The actress, musician, television presenter, businesswoman, and socialite will be the first African female to subject herself to a grilling.

A range of South African celebrities will take a jab at the star, including some unlikely comedians such as investigative journalist Devi Sankaree Govender and veteran actor Sello Maake Ka Ncube.

The show was filmed at the Teatro at Montecasino in Johannesburg a few weeks ago and will air on DSTV Channel 122 on Monday night at 9 pm.

Bongani Bingwa had a chat with Khanyi Mbau about how she handled the heat.

It’s an honour to be called in to be roasted. So many people do so many things, but to be told, we would like to celebrate you by making fun of you… and to see a full arena, was even more of an honour

Known for her obsession with plastic surgery, her romantic relationship, and her flashy, glamourous lifestyle, Mbau is often in the gossip headlines.

The entertainer is known for having a thick skin, having been on the receiving end of social media trolls.

Mbau said she had no clue what would be said on stage and like a good ol’ champ, took the jibes in stride.

“To be honest, I expected more creativity. There weren’t any surprising jabs. It was everything I expected people would touch on. But they went there. I didn’t get a line that made me feel uncomfortable or that stuck with me. People will really be surprised by Devi, she did an amazing job. Nadia Nakai was very funny and Celeste Ntuli shone. But Nadia is an interesting one that people will enjoy.” she said