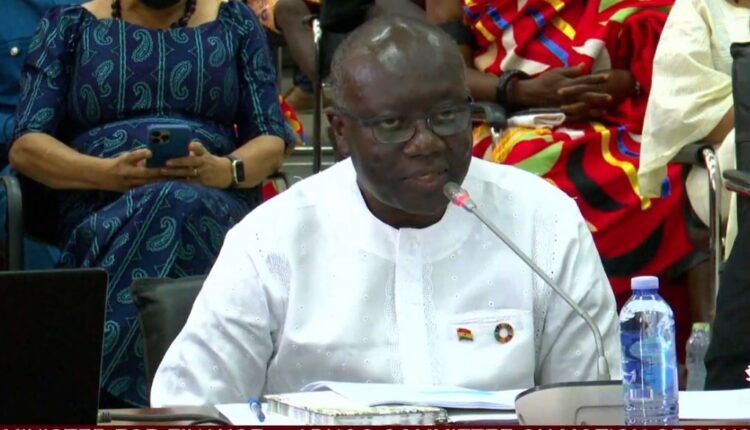 ‘I Have Never Misreported Economic Data To Parliament’ – Ken Ofori-Atta

The Finance Minister, Ken Ofori-Atta, has dispelled allegations of deliberately misreporting data to the Parliament of Ghana.

The allegation of misreporting data to Parliament was one of seven grounds put forward by the Minority to demand the removal of Mr Ofori-Atta.

But in a response to the 8-member parliamentary Committee probing a censure motion against him, Mr Ofori-Atta dismissed the allegations, describing them as unfortunate and a complete fabrication.

Mr Ofori-Atta stated that he has served Ghana with integrity and would never engage in deliberately misinforming Parliament on the country’s finances.

“The issue of misreporting is not just unfortunate but also untrue, I never misreported data to parliament.
I wish to say that deliberate misreporting is completely not true. I have served with integrity,” the Finance Minister told the Committee on Friday.

The Minority in Parliament filed a motion for a vote of censure against Ken Ofori-Atta making seven allegations against the minister including conflict of interest, financial recklessness leading to the collapse of the Ghana Cedi and gross mismanagement of the economy.

The minister in a written request, prior to the hearing, sought further and better particulars on the grounds for the motion while raising questions over the committee’s jurisdiction.

However, Ken Ofori-Atta, seized the opportunity to apologize to Ghanaians for the hardship being suffered in recent times.

According to him, the brunt borne by the populace due to the ongoing economic turmoil is unfortunate.

“Let me use this opportunity to say to the Ghanaian people what I believe, with courage, every Finance Minister around the world may wish to say to their people now. I am truly sorry,” he told the Committee.