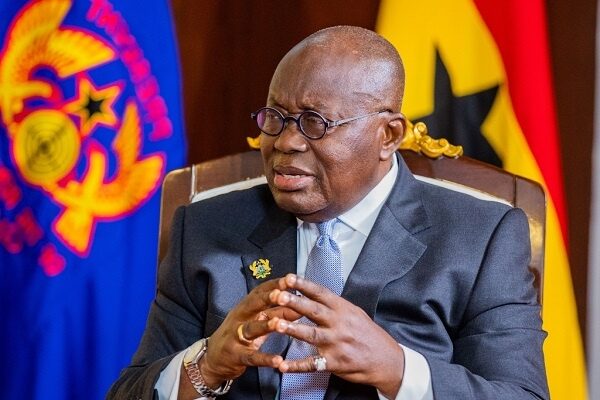 He believes the current ministers have been outstanding and therefore sees no compelling reason to make any major changes.

The president said this in an interview with Tamale-based Radio North Star on Monday, 8 August 2022, as part of his two-day tour of the Northern Region this week.

“The issue of reshuffling or performance of my ministers is a daily pre-occupation; I’m required on a daily basis to ask myself whether a particular minister is up to the mark.

“I am the final authority, and if they are not up to the mark, I’m required to act. So if they are up to expectations, then I don’t have any reason to heed to the calls for reshuffling,” President Akufo-Addo said.

He is convinced the calls for a reshuffle have ulterior motives. According to him, the main opposition party (NDC) wants to use that to destabilise his government.

“The calls come for all kinds of reasons; NDC wanting to destabilise the government is one. There are people who are also looking for jobs,” he explained.

The president’s comment comes on the back of calls by some civil society groups and politicians for a reshuffle following persistent complaints of hardship in the country.

President Akufo-Addo’s only ministerial reshuffle was during his first term in August 2018.

Many have called for the head of the Finance Minister, Ken Ofori Atta, for taking Ghana back to the International Monetary Fund (IMF) and the Gender Minister Sarah Adwoa Safo for her lack of commitment to her ministry.

The president heeded the call partially and revoked the appointment of Sarah Adwoa Safo, who has been absent from work for an extended period.