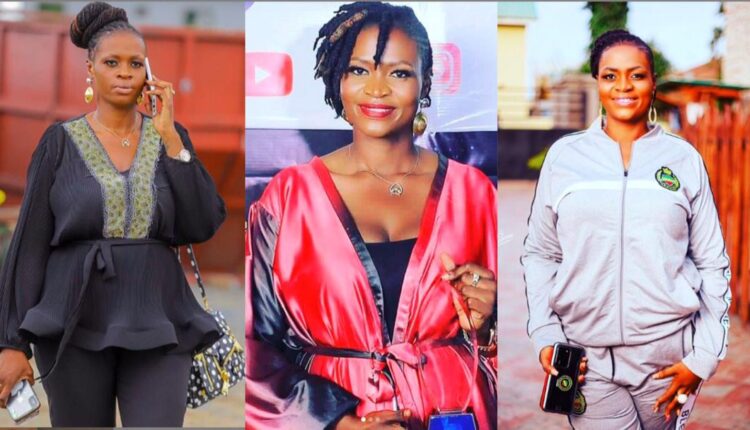 ”I have undergone a tummy tuck and liposuction surgeries”– Ayisha Modi

Socialite, Aisha Modi has disclosed that she has undergone a tummy tuck and liposuction body enhancement surgeries to enhance her self-confidence.

The re-appearance of Aisha Modi after a long break from social media sparked a lot of conversations especially concerning her massive body transformation.

Netizens concluded that Aisha Modi, who was formerly plus size had undergone the knife for her current hourglass figure.

Ayisha Modi in an interview disclosed that her weight became life-threatening so she resorted to a “tummy tuck, muscle repair, and liposuction to remove the sagging skin” after losing weight.

Aisha also revealed that as a result of her plus-size body, she suffered knee and back pains and could hardly wear a brassier or climb stairs.

“I was very fat, and I weighed almost 500lbms. My BMI was also over average. Anytime I climb the stairs, my knee and back hurt. For about one year I couldn’t wear a brassier because my back hurts.”

Aisha also stated that she initially went to a hospital in America to fix her arm since her breast became too heavy but the doctor told her as a result of her Body Mass Index (BMI), she wouldn’t survive the surgery, so she had to lose some weights first in order to undergo the surgery.

“My breast became heavy. So, I went to the hospital one day to fix my arm while I was in America. The doctor told me point blank that when they start the procedure and the drip is being kept on me, I’ll die. You know when you go for these surgeries, they inject you so you become numb or fall asleep. But in my case, the doctor said if they inject me with the medicine that commences the procedure, I will die within two minutes because my BMI was extremely high. The doctor said I cannot fix my body until I lose weight. So, he took me through the weight loss procedure.”

Aisha further said it was as a result of her saggy body after the weight loss that she underwent the tummy tuck, muscle repair, and liposuction surgeries.

“After I trimmed, I had a saggy body because I was very big. So I went through a procedure to get rid of the excess skin. I didn’t get rid of fat; it was the excess skin I got rid of. Naturally, I have a good shape, my waist is 22. The only thing I did was remove the saggy skin. I did a tummy tuck, muscle repair, and liposuction. I never touched my butt. Usually with ladies, when they suck in their tummy, it brings out their body stature,” she stated.