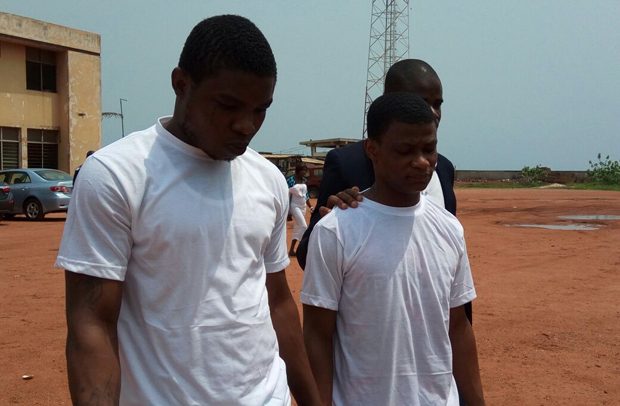 The driver of the late JB Danquah Adu, had an intense session with counsel for the accused persons in the trial where his boss was murdered in February 2016.

This is because counsel for the two accused persons slapped with murder charges, Yaw Dankwa, found some inaccuracies in the driver’s testimony.

Samuel Berko Sarkodie is the first prosecution witness testifying in the case where two persons have been charged for the murder of his boss, late JB Danquah.

Sarkodie had told the Accra High Court that he never entered the premises of his late former boss during his four-year service as a driver.

The first prosecution witness said he always had to wait in the car for late JB Danquah to throw the car keys to him from the balcony.

This, Mr Dankwa, saw to be untrue. He wondered why this had continued to be the arrangement since September 2012 that the driver was employed by the deceased.

Here are excerpts of the exchanges between counsel for the accused persons. Yaw Dankwa (YD) and the first prosecution witness (SBS).

YD: For four years of being his driver, is it okay to say that you know him very well?

YD: Do you also know the family very well?

YD: What would you say your relationship with the nuclear family is like?

YD: You know his house very well. That is correct?

YD: And it is also true that you also know where all the rooms are?

SBS: I’ve never been inside any of the rooms. Not even the hall.

YD: So for four years that you worked for this man when you go to his house, where do you normally wait for him?

SBS: There’s a garage in the house, so I park in front of the garage where I wait for him in the car.

YD: You told the court you parked the car and gave the keys to the deceased, and went home, which means that subsequently when you report to work the following morning, you will not have the keys with you. Is that correct?

SBS: That is correct.

YD: So when you say that you come to the house and wait for him in the car that cannot be correct in this occasion?

SBS: The key is not with me, but normally when I get there, he throws the keys from upstairs to me.

YD: In those four walls of the house, where in particular does he (late JB Danquah) throw the keys to you.

SBS: Where the garage is, there’s a balcony up there, and that’s where he throws the keys from.

YD: A moment ago, you said you only know the compound and the four walls of the house, you don’t know any room not even the living room and always wait in the garage but now you are saying you know his room and he stands at the balcony and throws his car keys to you?

YD: Are you saying to this court that a man who entrusts his life to you by giving you his car keys to drive him around the whole day has never invited you to this room? Not even the living room in four years?

SBS: He has never invited me inside. When I worked with him, I had no business with him because I know he had a wife and children there. I come there because of the driving, and my concern is always with the car.

The case continues on April 28, 2021. Counsel for the accused persons’ Yaw Dankwa will continue with the cross-examination of the witness, Samuel Sarkodie.