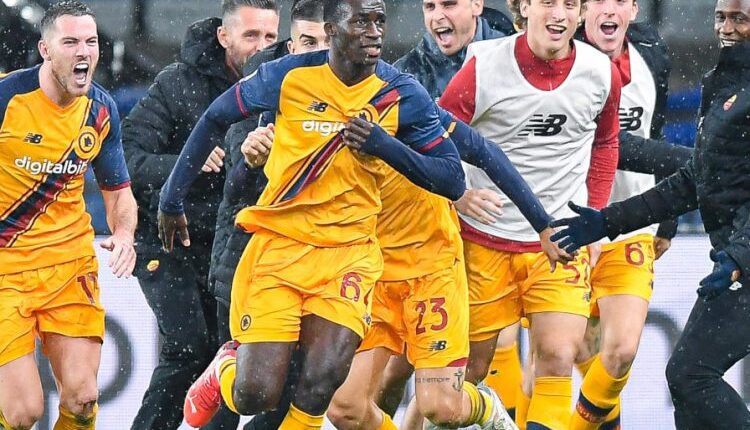 Jose Mourinho has revealed he promised to buy Roma starlet Felix Afena-Gyan a new pair of ‘really expensive’ boots after a debut brace, while he lied to the media about his tactical plans against Genoa.

The Giallorossi were struggling badly to create genuine scoring opportunities at a rain-drenched Stadio Luigi Ferraris, until 18-year-old Felix Afena-Gyan came off the bench and made all the difference.

The teenager was making only his third Serie A appearance when he scored both goals for the 2-0 victory, an angled drive and sensational curler into the far top corner.

“I had promised to buy Felix the boots he really likes, which are really expensive, they cost €800, so he ran over and told me not to forget! Tomorrow morning, the first thing I do is buy him the boots,” Mourinho told DAZN.

“I am sorry for Mister De Rossi and the Primavera squad, but Felix will stay with us. The Primavera work close to us, so Felix and another four or five players have come across to the senior squad.

“What impressed me the most was his cool head in front of goal. If he is not in terms of technique fantastic, he does have a strong mentality.

“You get these kids now who think they know everything, but he is humble and you can sense he just absorbs all this information from everyone around him. That’s fantastic.”