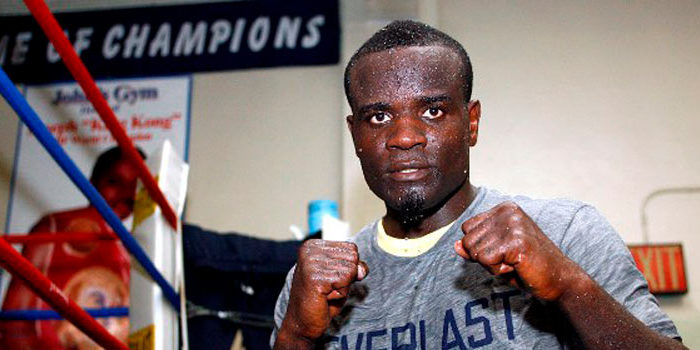 In the minds of Ghanaians and many boxing fans Joshua Clottey is at the tail of his career which has rewarded him with a world title and a marquee bout against Manny Pacquaio.

However, he holds a completely different opinion as far as what he still has to offer at this point in his career.

The former IBF Welter weight champion has spent several months away from the ring and competitive action and recently had a bout With Britain’s Tommy Jacobs chalked off.

Despite this fresh set back, Clottey says he isn’t just eyeing a regular return to the ring but a return that will put him in position for a title shot.

“I won two fights on my return to the ring and that should tell you that I’m not finished,”

“There are some fights coming in but I have to weigh the options in order to make the right choice.”

“As it stands now, I just need few fights to get me closer to a world title shot and I’m working on a particular fight that could secure me that by close of next year,”

The 42 year old last fought in March and is now looking to add to that number to propel him towards that world title he is seeking.