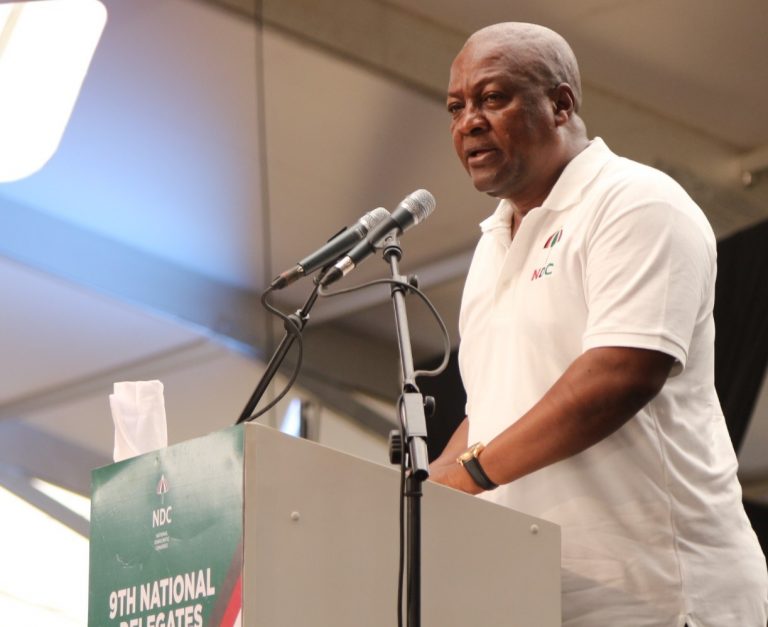 Former President John Dramani Mahama says if re-elected president in the 2020 elections, he will abolish the double track system being implemented for Senior High Schools under Nana Addo’s administration.

The Nana Addo-led government is implementing the policy to manage overpopulated Senior High Schools around the country.

“I will also work hard to abolish the double track system by investing in the expansion of school infrastructure such as additional classroom blocks and dormitories, and the completion of the 200 Community Day Senior High Schools to enable all our children attend school at the same time and have adequate contact hours with their teachers”.

Mr Mahama said there have been a number of calls for a broader consultation on the issue but President Akufo-Addo has not paid heed to the calls.

Speaking at a press conference Monday at the Trade Fair Centre in Accra, a few hours after filing his nominations forms to be considered to re-lead the opposition party, Mr Mahama said he could not understand why SHS students should be overcrowded while the E-Blocks built under his administration for the children stand abandoned.

“We have suggested broader consultation with stakeholders, including the parents of the hundreds of thousands of students whose future depend on our leadership getting this right. These have all been rubbished as anti-government propaganda, when they are nothing more than the common sense ideas being discussed around the dinner tables of Ghanaian homes and in our offices and in our media.”

He said those structures could have sheltered hundreds of day-students if they were put to use.

The double-track system is to afford the government with the capacity to deal with a large number of placed candidates who will hitherto not have had the opportunity to access Free SHS as a result of lack of classroom space.

The double-track system, which commenced with the 2018/2019 academic year, is a fallout of the Free SHS policy which is in its second year of operation.

The government has indicated that the double-track system is not going to be a permanent feature of Ghana’s second-cycle educational system.

The system is said to last between five and seven years to allow the government ample time to address the accommodation challenges in the various SHSs after which the 400 out of the 698 schools which are currently running the double-intake system will revert to the trimester school calendar.

Mr Mahama stressed that he will bring the educational system back on track if given the mandate to serve as the President of Ghana.

According to him, he will invest in the expansion of school infrastructure and also put in place measures to make the free SHS policy become more effective.

He further stated that the NPP had failed in managing the economy with businesses struggling as well as the health system failing under Nana Addo’s leadership.

He added that the president is recommissioning most of the projects initiated by his (Mahama’s) leadership.

Women and youth on his agenda

The NDC presidential aspirant also said he will place emphasis on improving the mobilising capacity of the women and youth wings of the party when given the mandate.

“I will place emphasis on vigilance with voter’s registration, vigilance on polling day, vigilance in results collation and vigilance against all forms of electoral manipulation by the NPP government”, he said.

“I will continue to treat all fellow aspirants with decorum because when it is all said and done, we will need each other”, he assured.

Mr Mahama further stated that he will commit himself to a programme of mentorship to prepare the youth for positions of responsibility and develop the next generation of NDC leaders.

In addition, he said he will also work with the party school to deepen understanding of the ideology of social democracy to inform policy, behavior and attitudes is given the nod to leader the party in the 2020 general elections.

Supporters of the NDC who trooped to the Trade Fair Centre to throw their support behind Mr Mahama were clad in the party’s colours amidst jubilations while the former president himself was dressed in a white attire.

No Marburg disease in Ghana – GHS