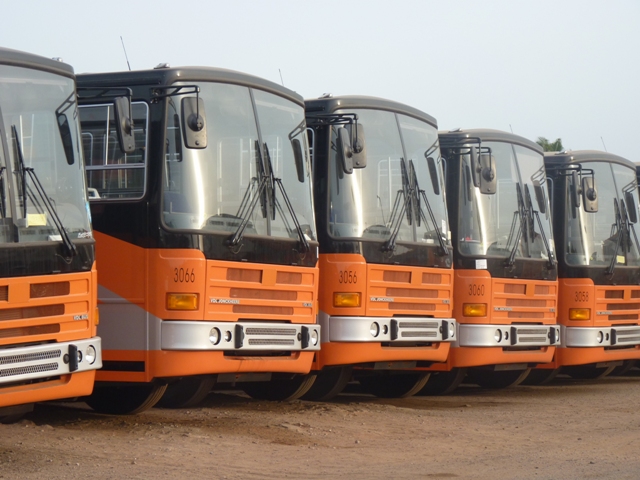 Management of the Metro Mass Transit Ltd. (MMT) service, has rejected claims that some 300 of its buses have been grounded.

There are reports in sections of the media that the grounded buses have been parked at Abepo Junction in the Ashanti Region due to lack of maintenance.

But management of MMT says the claims are false and malicious.

He said every one of their buses undergoes routine maintenance before they hit the road.

“We see the publication as an attack on our image. We also see it as a calculated attempt to discredit the efforts of management. Management is working so hard to revive the company and position the company well. So we have a system where we have routine maintenance and major maintenance.”

“Every bus that comes back from the road is taken to the technical team to check if it is roadworthy before we send it back on the road. You can’t run a transport system with that large fleet size running over 280 plus routes that you will not have issues to do with buses. That is why we have the workshop department. The workshop department is responsible for ensuring that buses are constantly maintained, and they are put back on the road,” he added.

The company in a separate statement urged the public to “to disregard the false and malicious publication deliberately put together, and has no credible source, and continue to rely on Metro Mass Transit Limited for safe, affordable and reliable means of transport in the country.”

We breached no rules in procuring 300 buses- MMT

Some workers of MMT in April petitioned the Special Prosecutor to investigate the Managing Director of MMT, Bennet Aboagye, over what they describe as “filthy” deals being transacted in the company.

According to the petition, signed by one Mr. Lawal, who is said to be the company’s Head of Security, the Managing Director, is colluding with some top officials of the Company to secretly purchase 300 new buses and sell off MMT buses as scrap.

But the Corporate Communications Manager at MMT, George Krobea Asante, insisted the company went through the right processes in procuring the 300 new buses.