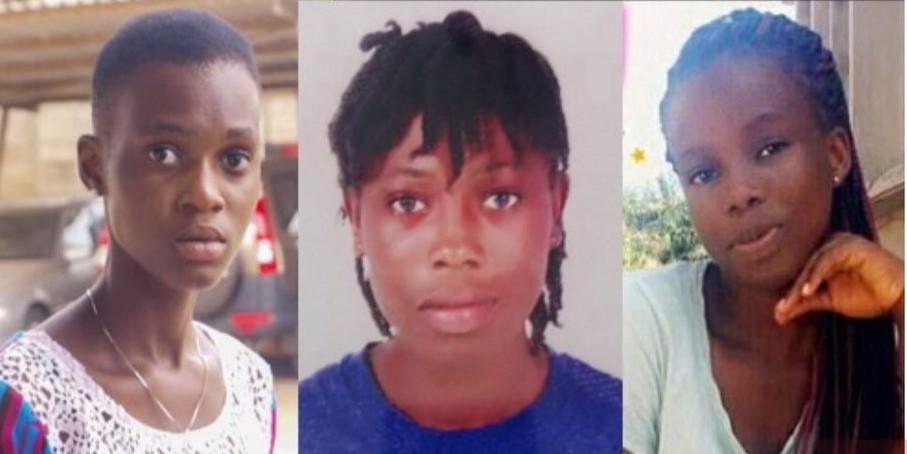 The Inspector General of Police (IGP), is later this week expected to honour an invitation to parliament to answer questions on the recent spate of kidnappings in the country.

David Asante Appeatu is being invited together with Dominic Nitiwul and Albert Kan-Dapaah; the Ministers of Defence and National Security respectively.

The invite has become necessary to enable them provide the public with first hand information of the current happenings.

The whereabouts of Ruth Quayson, Priscilla Blessing Bentum and Priscilla Koranchie, who were kidnapped from the Sekondi-Takoradi area in the Western Region in 2018, continue to a matter of concern to Ghanaians

Although the Ghana Police Service has sought assistance from the US and UK to help with investigations, the public outcry over the failure of the police to find the three girls lingers.

The Chairman of the interior and Defense Committee of Parliament, Seth Acheampong, disclosed on Citi TV’s current affairs Show, The Point of View on Monday that they will be inviting the three officials.

“We are going to get the IGP to testify before the committee. We are going to write to them and get them prepared. This week they are coming to us. The Interior Minister will come with who we need from his sector to give us some level of assurance that the country is safe. Then, we will also write to the National Security Minister.”

The only suspect arrested in this case, Samuel Udoetuk Wills who broke jail and escaped, and was later rearrested at Nkroful near Takoradi is currently facing trial for escaping cells but has refused to give police any significant leads for the arrest of his accomplices.

But, there is hope, for the families of the three Takoradi kidnapped girls as Gender and Social Protection Minister has revealed that the girls are still alive and well.

The Gender Minister, Cynthia Morrison has put the fears of the outraged public to rest saying that, the kidnapper has broken his silence with assurances that the girls have not been killed.

“We are now making headways. The suspected kidnapper has been brought to Accra and he has started talking. He tells us that, the girls are still alive; that is the hope we have now. He confirmed that all the three girls are alive.  What we are however looking for now is the exact location where they are. So for now, that is where we have gotten.”

Ghana and kidnappings in recent times

The kidnapping incidents in the Western Region have triggered support for the traumatised families and a social media campaign by Ghanaians urging the police to be more aggressive in finding the missing girls.

Already, a team of investigators from the United Kingdom and the United States of America have arrived in the country to assist the Ghana police to search for the Takoradi kidnapped girls.

Their arrival follows a petition to the two countries to help Ghana locate the girls who have gone missing between August 2018 and January 2019.

The CID Boss, DCOP Maame Yaa Tiwaa Addo- Danquah, together with the top officials of the Western Regional Police Command has visited the families of the three kidnapped girls in separate meetings in Takoradi.

She said the investigative team has been beefed up and assured the families of intensified efforts to rescue the girls.