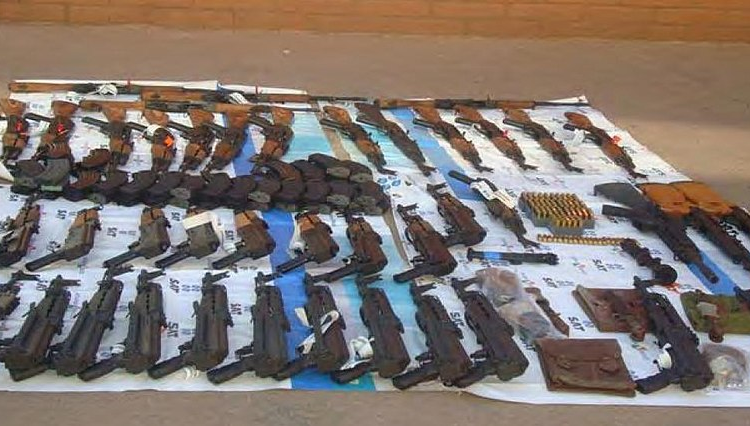 The Bureau of Public Safety (BPS) has revealed that recorded cases of trafficking, possession and unauthorized use of illegal arms increased by 367 per cent within the first half of 2022 as compared to the same period in 2021.

According to a report by BPS, trafficking, possession, and unauthorized use of illegal arms, which falls under violent crime events in the top 10 crimes in Ghana, recorded three cases in the first half of 2021 as compared to 14 recorded in the same period in 2022.

Additionally, the reported use of firearms in violent crimes in 2022 increased by more than 4% over the same period last year, while data monitored showed a 2% increase in reported police arrests for the first half of 2022 compared to the same period in 2021.

According to the report, cases of violent crimes, including murder/manslaughter, armed robbery and civil disorder, decreased by 20%, 19%, and 22%, respectively, which means a 12% decrease in 2022 on the overall compared to the same period in 2021.

Reported deaths arising out of violent crimes, however, slightly increased by 1.2% over the same period in 2022.

The Bureau for Public Safety, in its Public Safety and Crime Report for the period January-June 2022, has urged the Ministry for the Interior and other law enforcement agencies to implement policies aimed at reducing drastically the increasing number of violent crimes executed with firearms as well as the trafficking of illegal arms.