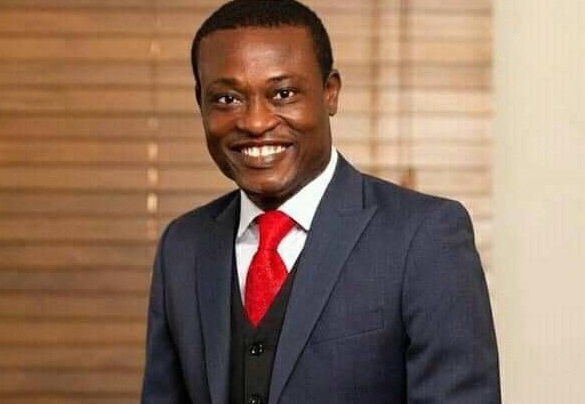 Special Prosecutor Nominee Kissi Agyebeng has emphatically said he had no role to play in the botched Agyapa deal.

He described claims that he was a surrogate for a law firm involved in the controversial Agyapa deal as “unfortunate and uninformed”.

“I wasn’t involved in the Agyapa deal. I was nowhere near it. Indeed, until it started coming up, I didn’t even know what it was. Whoever says I am a surrogate of a law firm or implicates me in the Agyapa transaction clearly does not know me.

“If you know me, you wouldn’t make such allegations. All these things that came up, I took them as coming from uninformed positions because I was not involved in the Agyapa transaction in any form or manner,” he told Parliament’s Appointments Committee on Thursday, July 22.

In April this year, the former Special Prosecutor Martin Amidu described the nominee as a surrogate of people who defended the controversial Agyapa Mineral royalties deal.

“The Agyapa Royalties Transaction records show the role the President’s cousin who established Africa Legal Associates, and Asaase Radio played with White & Case LLP, of London, one of the foreign law firms in the suspected corruption transaction.

“It must, therefore, be worrying to any patriotic Ghanaian not afraid of the culture of silence to see Asaase Radio undertaking political propaganda beginning on April 25, 2021 to April 26, 2021 to prepare the minds of the Ghanaian and International public to accept the surrogate of the alter ego of the Asaase Radio station and Africa Legal Associates as the Special Prosecutor as mandated under section 4(1) of the Office of the Special Prosecutor Act, 2018 (Act 959).

“In the attempt of persons implicated in the Agyapa Royalties Transaction corruption assessment report to pressurize the President to appoint their surrogate as the Special Prosecutor to safeguard their interests, the online reportage of Asaase Radio resorted to direct fabrications, lies, and omissions against me in its narration of the reasons for my resignation,” Mr Amidu wrote.

In response to the specific claim, Mr Agyebeng said his relationships with different people do not stop him from investigating cases involving them.

He said he will stay within his mandate and be guided by the Act that established his office to probe matters impartially.

“As for relationships, as I just disclosed, the fact that I was so close to you at some point in our lives will not give you a free pass because of that relationship and that is why I am here.

“Indeed until it started coming up I didn’t know what it was. For the record that is the truth. And so am no one’s surrogate as I said earlier. I am my own man and I prefer to wear my own shoes. If the law firm was named, it would have even been fair to me. But if you say I am a surrogate of a law firm, clearly you don’t know me. I run my own law firm and I have been running it since 2014,” he added.

It hopes to get investors to buy shares while Agyapa Ltd collects gold royalties from future mineral resources to pay dividends to shareholders.

The voices against the deal raised concerns about potential value for money, the registration of the company in a tax haven, as well as the lack of consultation as the minority walked out on the deal on the day majority passed it.

The former Special Prosecutor Martin Amidu, in a letter dated September 10, made a formal request to parliament to provide all the information regarding the approval of the deal by the House.

This compelled the government to temporarily suspend the deal.

Almost two months later, Mr Amidu, in a 64-page document, raised questions about the processes leading to the selection of transaction advisors for the Agyapa deal, which he described as “opaque”.

Fast forward, the deal is back in Parliament for a second review.