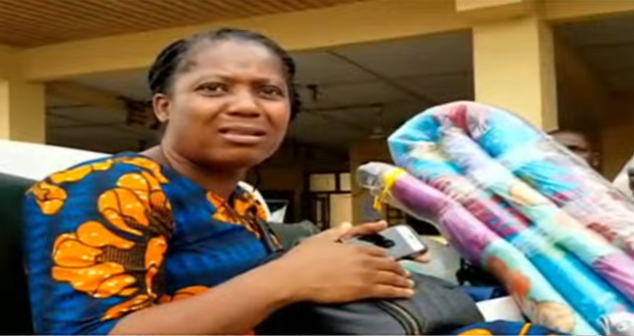 The Ghana Immigration Service has arrested some travellers for flouting the government’s directive on border closure.

The travellers were arrested for trying to use unauthorised borders to enter Togo.

“This morning the immigration officials chanced on a number of travellers who had come in from Cote d’Ivoire and were desperate to cross the border to Togo,” Joy News reported.

The supposed travellers came from Cote d’Ivoire, and according to them, “they were not aware that Ghana and Togo borders were closed to travellers.”

“We didn’t know the border was closed. It’s only when we got to Ghana that we realised Ghana and Togo borders were closed to travellers,” one traveller said in an interview.

“I came from the United States last month. I went with my brother to Nigeria to see my Auntie. I don’t do business if you want the proof you can check my things. I am coming from Nigeria, I have my ID card with me. You can check,” she stressed.

“We are in the middle of the sea now, we can’t go back to Nigeria neither can we get to our destination,” she lamented.

In his third address to the nation in ten days, the President also announced a mandatory quarantine for travellers found at the borders after the closure kicks in.

He said the border closures did not apply to goods and cargo.

The GIS has detained the travellers until further notice.