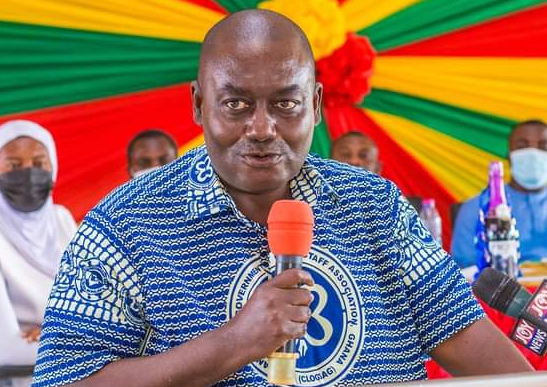 The Civil and Local Government Staff Association (CLOGSAG) has asked the government to increase domestic revenue generation to solve the country’s difficulties.

This comes on the back of the government’s decision to seek an economic bailout from the International Monetary Fund (IMF).

According to the association, even though it supports the government’s decision, there is a need to generate local revenue to avert the persistent economic problems.

“In the first place, we are civil servants; we are supposed to support government policies. We want to say that we support the policy to go back to the IMF. This is not the first time we are going to the IMF. We know the terrain, so it is no issue, we know how to survive it, and we know how to get out of it, so we don’t see any problem with it. There is nothing wrong with it, we have been there before, and we got out, so this one too, we will get out,” Isaac Bampoe Addo, Executive Secretary of CLOGSAG.

“Of course, they are going to put in some conditionalities, but the bottom line is this, once you are having issues with your internal revenue generation, once you don’t improve that, we will always have these problems.

Earlier, the government had indicated that it wasn’t considering a program from the Bretton Wood institution after 16 bailouts from past governments.

However, after a Cabinet meeting on Thursday, 30 June 2022, President Akufo-Addo has given the green light for interactions to commence.

“The President of the Republic, Nana Addo Dankwa Akufo-Addo, has authorized Finance Minister Ken Ofori-Atta to commence formal engagements with the International Monetary Fund (IMF), inviting the Fund to support an economic program put together by the Government of Ghana,” a statement from the Information Ministry read.