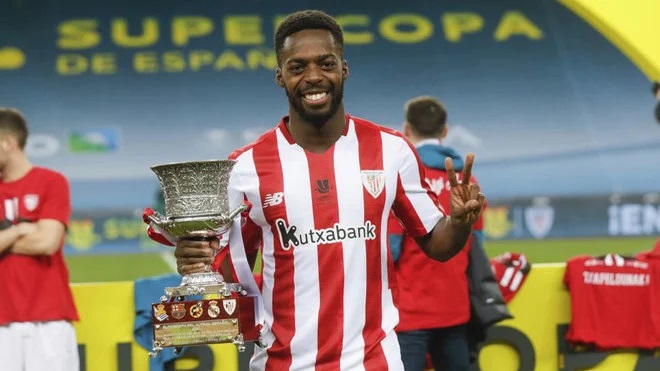 Spain-based attacker, Inaki Williams has completed his nationality switch to officially become eligible to play for the Black Stars of Ghana ahead of the 2022 FIFA World Cup in Qatar.

The Athletic Bilbao forward who had represented Spain in the past was in Ghana last month with his younger brother, Nico for vacation and held talks with the Ghana Football Association on a possible nationality switch.

Although speculations had it that the forward had turned down the chance to play for the Black Stars, he has rubbished those claims with a post on his Twitter page.

In a video posted on his Twitter page to confirm his decision, Iñaki Williams said “today a new challenge begins, from now onwards, I’ll defend the shirt of Ghana”.

Iñaki earlier expressed reservations about switching nationalities for Ghana in an interview last year, saying, “My parents are from Accra, and I really enjoy going.

“But I wasn’t born or raised there, my culture is here, and there are players who would mean more.

“I don’t think it would be right to take the place of someone who really deserves to go and feels Ghana 100%,” he added.

However, a lot has changed since the interview, including the Black Stars qualifying for the 2022 FIFA World Cup, a huge platform that many players dream of.

It remains to be seen if Nico Williams, the younger brother of Iñaki will follow suit and also represent the Black Stars of Ghana.

The Black Stars of Ghana are in Group H of the 2022 FIFA World Cup and will take on Portugal, Uruguay and South Korea in the group stage of the competition.