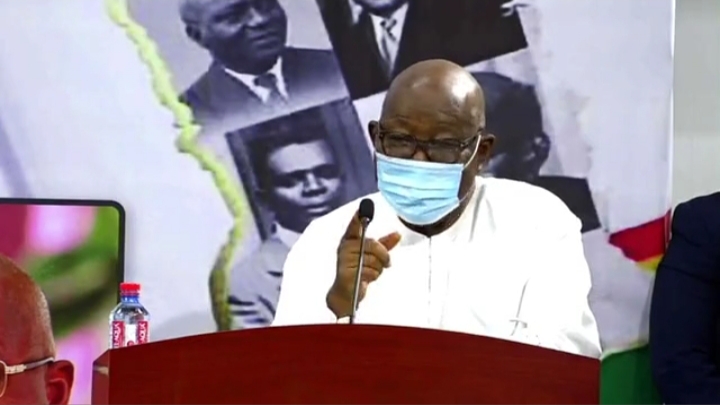 Delivering his keynote address at a public lecture to mark the 2020 Founders Day in Accra, Professor Ocquaye said all persons who contributed to Ghana’s liberation needed to be given the recognition.

“Independence was not a one man show. It was a collective effort and it is important for us to continue to appreciate the full dynamics thereof and the various ingredients that make a beautiful country,” he said.

The Founder’s day celebration remains a controversial one, with many questioning the ‘celebrated founders’. There is also the debate on the specific date that should be allocated to celebrating the founders.

The opposition National Democratic Congress (NDC) has already indicated its intention to cancel the August 4 observation of Founders’ Day if it returns to power.

The biggest opposition party held that the August 4 holiday is not a true representation of historical facts and is a deliberate attempt by President Akufo-Addo to rewrite the country’s history.

They argued that President Akufo-Addo intends to give prominence to his uncle JB Danquah, who was a leader in the United Gold Coast Convention (UGCC), the political party from which Kwame Nkrumah broke away to form the Convention People’s Party (CPP).

CPP, the political party Kwame Nkrumah founded, has also decided not to recognize the August 4 holiday.

The party leadership believes that the August 4 celebration is an attempt to undermine the role of Ghana’s first president, Kwame Nkrumah, in the fight for Ghana’s independence.

The August 4 holiday replaced the September 21, Founder’s day, celebrated every year. It was also to mark the birthday of Ghana’s first President, Kwame Nkrumah.

Prof Oquaye said although Ghana’s first president, Kwame Nkrumah, played a significant role in the country’s quest to attaining freedom from its oppressors, “he cannot alone be described as the founder of the country.”

“The struggle talks about the galaxy of stars. It was not a one day affair achieved by some magic wand from somewhere, No, that was not the case. It is the pluralism of collective wisdom that God has given our people and not one man,” he explained.

He maintained that the struggle was led by the good men who thought about the welfare of the country.

Recounting the atmosphere at that time, he remembered the faces of the brave heroes as he recited the lyrics “Red for the blood of the heroes in the fight, green for the full arms of our birthright and link within the shinning gold band that marks the richness of our father land.”

“The heroes included Tetteh Quarshie, who brought the cocoa which changed the lives of the nation, merchants like Paa Grant who didn’t want to make enough money for themselves but were ready to use their wealth for the welfare of people.

“Chiefs who loved this nation, from the country’s capital, Accra to other regions in Ghana. We forget when Kwame Nkrumah moved, the man who seconded it was Kofi Abrefa Busia,” he indicated.