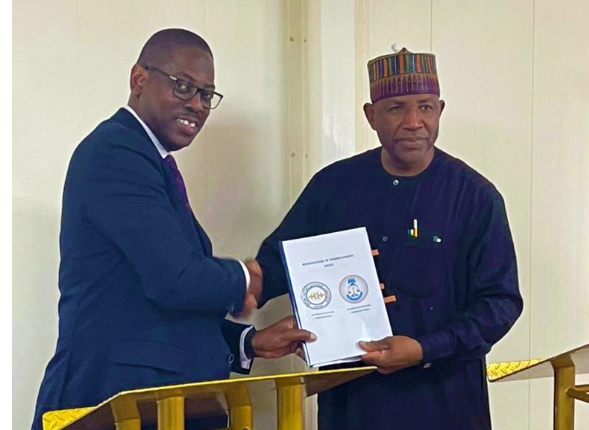 Vice President, Dr. Mahamadu Bawumia, has urged the Security and Exchange Commissions (SEC) of Ghana and Nigeria to speed up the processes of integrating the two capital markets.

He said when completed, this would enable cross-border transactions between the two countries, thereby enabling the private sector to access more capital from neighboring capital markets.

In 2013, the West African Capital Markets Integration Council (WACMIC) was inaugurated as the governing body for the integration of West African capital markets.

The over-arching objective of the council is to establish a harmonised regulatory environment for the issuance and trading of financial securities across the region. It is also to develop a common platform for cross-border listing and trading of such securities in the sub-region.

WACMIC comprises the Director Generals of the region’s securities commissions and the Chief Executive Officers of the securities exchanges.

At the recently concluded West Africa Capital Market Conference (WaCMAC) which took place in Ghana, it emerged that the integration process was being stalled by the Francophone countries in the region, who already somehow have an integrated market on their own.

As a result, Ghana and Nigeria have decided to go on with the integration process, while it awaits other West African countries to join in the near future.

Welcoming the delegation, Dr. Bawumia commended the Securities and Exchange Commissions of Ghana and Nigeria for the successes chalked so far in building the securities markets in their respective countries and for advancing the Capital Market Integration Agenda.

He emphasised the importance of having a robust and vibrant domestic securities market to support the private sector and the economy to thrive.

Dr. Bawumia urged the heads of the two regulatory bodies to urgently accelerate the integration agenda and operationalise cross-border transactions.

He further noted that for the Capital Market Integration Agenda to be successful, there was the need to have a robust payment and settlement system in place and therefore urged the West Africa Securities Regulators Association (WASRA) to foster close relationships with the African Export-Import Bank (Afreximbank) and the Pan-African Payment and Settlement System (PAPSS).

He assured the delegation of the government’s support towards the initiative.

The Director General of the Securities and Exchange Commission (SEC), Ghana, Rev. Daniel Ogbarmey Tetteh, for his part, expressed his profound gratitude to the Vice President for the warm reception and continuous support to the securities market.

He said following a successful WaCMAC in May this year, where the Vice President delivered a keynote address, the securities markets of Ghana and Nigeria have continued to work closely together to deepen collaboration between the two markets.

He further indicated that the two regulatory bodies have signed an MoU to, among other things, establish and foster securities market activities between the two countries.

He said the close collaboration between the Securities Markets of Ghana and Nigeria had the potential to yield significant economic dividends for both countries.

The Director General of SEC Nigeria, Lamido Yuguda, who is also the Chairman of the West Africa Securities Regulators Association (WASRA), in his remarks noted that the securities markets of Ghana and Nigeria continue to enjoy close collaboration for 19 years following the signing of an MoU in 2003.

He said the current MoU would unlock huge opportunities for both jurisdictions and accelerate the capital market Integration Agenda.

Story By Daily Guide Network
(SEC) of Ghana and NigeriaDr. Mahamadu BawumiaSecurity and Exchange CommissionsVice President
Leave A Comment
Cancel Reply
You might also like
Business

Growing list of companies ordered by GRA to pay back-taxes