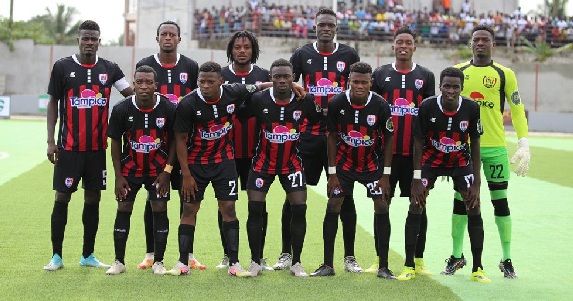 On May 16, 2022, 11:09 AM
Share
Inter Allies FC will be demoted to the Division Two League after being found Guilty of Match Manipulation in their 2020/21 Ghana Premier League fixture against Ashantigold at the Obuasi Len Clay Stadium.

The decision takes effect from the 2022/23 league season.

Officials of the Club and Players who participated in the above-mentioned match have also been sanctioned be the Disciplinary Committee.

Below is the decision of the GFA Disciplinary Committee: