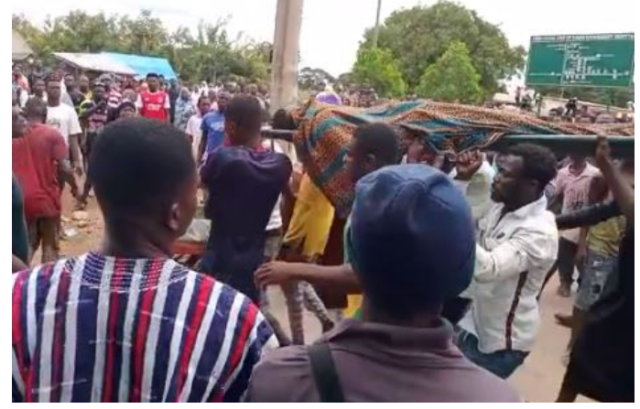 Interior Minister, Ambrose Dery, has reiterated that his ministry is working tirelessly to secure compensation for the victims of the Ejura violence.

The sector minister attributed the delay in payment to mainly administrative processes and subsequently apologised for the delay.

He was responding to a question raised by the Ejura Sekyeredumase MP Bawa Braimah Mohammed read by the Asawase MP Mubarak Muntaka on the floor of Parliament on Wednesday, July 6, 2022.

“After the three-man committee set up to investigate the unfortunate incidence in Ejura had submitted their report, my Ministry wrote to the Ministry of Health informing them of the three persons that sustained various degrees of injury during the Ejura disturbances on 29th June 2021, to facilitate the process of compensating the victims.

“The Ministry of Health subsequently requested that the Komfo Anokye Teaching Hospital which attended to the victims submits a report on the extent of injury to the victims to inform the decision on the quantum of compensation due then,” he explained.

He further said that in response to his ministry’s letter to the Health Ministry, the Attorney General’s department also directed the Health Ministry to establish a medical board to assess the medical conditions of the three injured persons.

“Mr. Speaker, I am that informed the Attorney-General and the Ministry of Justice have received the medical report from the Komfo Anokye Hospital on the injured persons to determine the parameters due to the victims. Notwithstanding, the Office of the Attorney-General has requested the victims to provide them with all their medical receipts and they are awaiting a response from the family,” he revealed.

He, however, said that the families of the two deceased persons each received an amount of GH₵250,000, as compensation.

“In the case of the deceased persons, GH₵250,000 per family was given. I must thank the family for receiving the money and add that no amount of money can compensate for the lives of these people. We did it based on the fact that the dependents were going to lose their life support,” he added.

Ibrahim Muhammed, also known as Kaaka, was a resident of Ejura who was believed to have been attacked by a mob.

He later died at Komfo Anokye Teaching Hospital (KATH) due to injuries.

Witness accounts claim that the deceased was ambushed in front of his house when he was returning home on his motorbike at about 1:30 am on Sunday, 27 June 2021.

Ibrahim Muhammed was rushed to the Ejura Municipal Hospital to receive medical treatment after the attack.

He was later transferred to the Komfo Anokye Teaching Hospital, where he died at midday on Monday, 28 June 2021, the Ashanti Regional Police Public Relations Officer (PRO), Godwin Ahianyo, told the media at a press briefing.

Providing an account of the incident, the widow of the deceased, Sahada Hudu, said she found him in a pool of blood after the attack.

“I thought my husband was driving away goats from the house at the time. Little did I know that he was being attacked. We saw him in a pool of blood. The people bolted as soon as we opened the door to check what was happening,” she recounted. 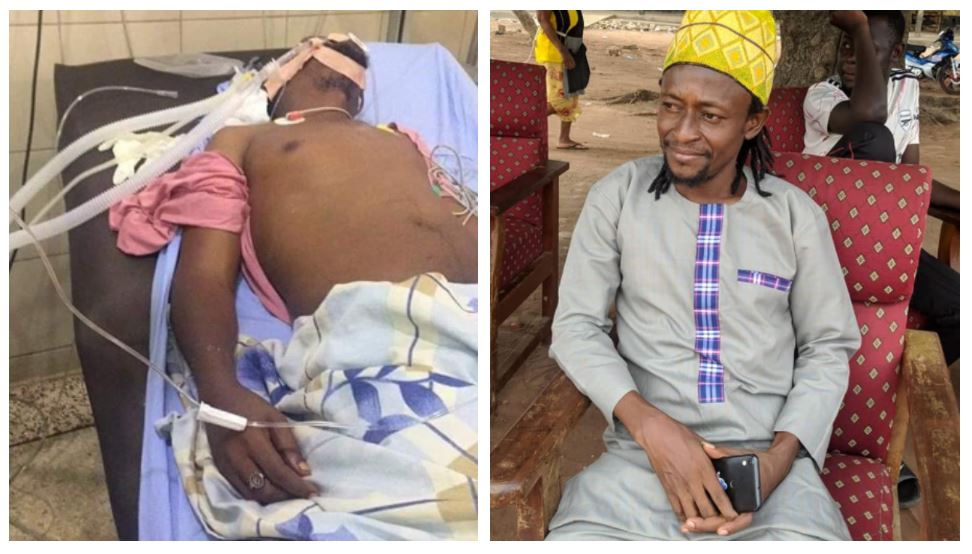 Before his death, Ibrahim Muhammed, aged 45, took to social media, where he posted social critiques about the Ejura Municipality and other issues of national importance.

His last activity on Facebook was a post criticising the arrest of 15 members of the #TheFixCountry at the High Court Complex on 25 June.

In the aftermath of his death, scores of angry residents stormed the streets in Ejura to demand justice, but the peaceful demonstration turned chaotic leaving many injured.

Two protestors died while four others were left in critical condition after law enforcement officers shot into a crowd demonstrating over the death of Kaaka. 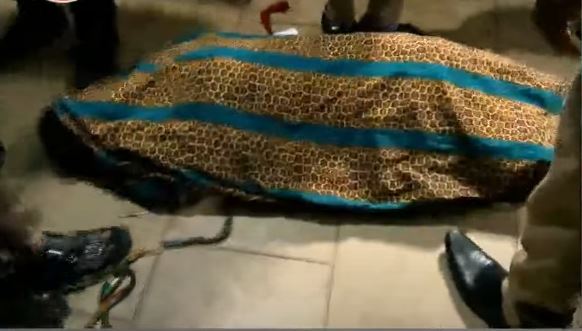 The other injured persons were taken to the Ejura Government Hospital for treatment.

Meanwhile, a District Court in Asokwa in the Ashanti Region on 2 July remanded three into police custody in connection with the murder of Kaaka.

Isaka Ibrahim, Fuseini Alhassan, and Idi Mohammed were slapped with conspiracy to commit a murder.

The accused persons are currently on bail.

The Committee of Inquiry

The three-member committee of inquiry was announced on Thursday, 1 July, by Interior Minister Ambrose Dery.

It comprised George Kingsley Koomson, a judge in the Court of Appeal, international relations and security expert Prof. Vladimir Antwi-Danso, and Juliet Amoah, a media-tech innovator.

The tripartite committee was given a 10-day period with which to complete their investigations. This was later extended by a week.

The constitution of the committee followed a directive by President Nana Akufo-Addo to the Ministry of Interior to investigate the circumstances that led to the death of social activist Ibrahim Anyass Mohammed and others during a protest in Ejura.

The committee has since submitted its report.

The 55-page report recommended the payment of adequate compensation to the families of two deceased persons who died in the protest – Abdul Nasir Yusif and Murtala Suraj Mohammed, as well as to Kaaka’s family.

It also recommended the structural expansion of the Ejura Police Station, as well as an increment in personnel to enable the police command to deal with such situations better in the future.

The report said Deputy Superintendent of Police (DSP) Philip Kojo Hammond, should be transferred for incompetence and the fact that his relationship with the community had been damaged beyond repair.