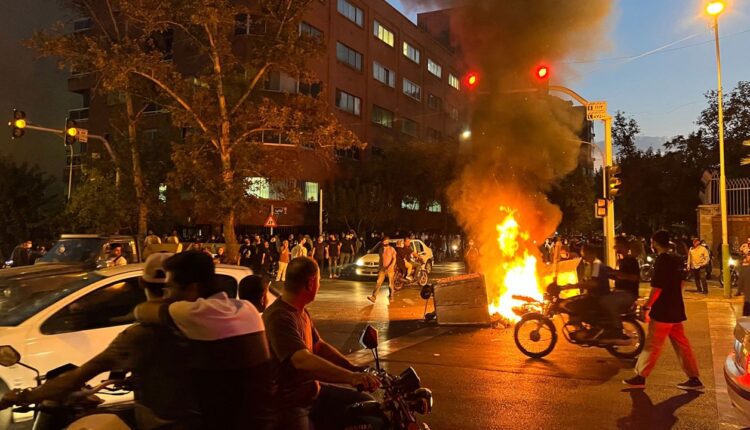 Iran’s morality police have terrorized women for decades. Who are they?

A young Iranian woman was pulled off the streets of Tehran by the country’s notorious morality police and taken to a “re-education center” for lessons in modesty last week. Three days later, she was dead.

The government has strongly rejected responsibility for 22-year-old Mahsa Amini’s death, but the news has nonetheless galvanized thousands of Iranian women who have for decades faced the wrath of the Islamic Republic’s morality enforcers firsthand.

Amini’s story has pulled Iran’s apparatus of discipline back into the limelight, raising the question of accountability and impunity enjoyed by the country’s clerical elite.

“It would be hard to find an average Iranian woman or an average family who does not have a story of interaction with [the morality police and re-education centers],” said Tara Sepehri Far, a senior researcher in the Middle East and North Africa division at Human Rights Watch. “That is how present they are.”

The morality police are a law enforcement force with access to power, arms and detention centers, she said. They also have control over the recently introduced “re-education centers.”

The centers act like detention facilities, where women – and sometimes men – are taken into custody for failing to comply with the state’s rules on modesty. Inside the facilities, detainees are given classes about Islam and the importance of the hijab (or headscarf), and then forced to sign a pledge to abide by the state’s clothing regulations before they are released.

The first of these establishments opened in 2019, said Hadi Ghaemi, executive director of the New York-based Center for Human Rights in Iran, adding that “since their creation, which has no basis in any law, agents of these centers have arbitrarily detained countless women under the pretense of not complying with the state’s forced hijab.”

“The women are then treated like criminal[s], booked for their offense, photographed and forced to take a class about how to wear a proper hijab and Islamic morality,” he added.

Iran had been dictating to women how they should dress long before the establishment of the current Islamic Republic. In 1936, the pro-Western ruler Reza Shah banned the wearing of allveils and headscarves in an effort to modernize the country. Many women resisted. Then, the Islamic regime that overthrew the Shah’s Pahlavi dynasty made the hjiab compulsory in 1979, but the rule was only written into law in 1983.

A task force with all the powers of a law enforcement agency, the morality police are tasked with ensuring that the rules are followed.

A number of anti-hijab movements emerge every few years in Iran, often leading to waves of arrests and persecution. These include the “Girls of Revolution Street” in 2017 , as well as this year’s brief social media protests on the country’s National Hijab and Chastity Day, which is observed annually on July 12 to promote veiling.

But disagreements have emerged on the issue of the compulsory hijab, both among citizens and within the leadership.

A survey by a parliament-linked research center in 2018 showed that there has been a decrease in the number of people who believe that the government should enforce the headscarf. And a 2014 report by the Iranian Students’ News Agency showed a 15% rise in those believing that hijab should not be compulsory.

There has also been a rhetorical shift among the country’s leadership, calling for “education” and “correction” as opposed to forceful implementation of Islamic values, says the researcher, Sepehri Far.

Some say that Iran is slowly nearing a tipping point as the government faces mounting discontent over a crippled economy and skyrocketing inflation caused by US sanctions.

Amini’s death seems to be uniting Iranians of different mindsets, says Sepehri Far, adding that criticism over the incident is coming not just from regime opponents, but also from citizens with no previous history of dissidence, as well as those who are close to power.

Thousands across Iran took to the streets Tuesday night, according to witnesses and social media footage.

Videos on social media showed a woman cutting her hair in protest, as the crowd chants “death to the dictator” in Kerman province in southeast Iran. In other parts of the country, demonstrators chanted “We are the children of war, come on and fight, we’ll fight back,” and “death to Khamenei.”

“This time protesters aren’t only calling for justice for Mahsa Amini,” said Ghaemi. “They’re also calling for women’s rights, for their civil and human rights, for a life without a religious dictatorship.”

While there is a sense that the regime may feel vulnerable, some question whether the current movement will expand or simply weaken in the face of a state crackdown.

“Not only are these protests brutally cracked down [on] and contained each time, but there is no leadership,” said Tara Kangarlou, author of “The Heartbeat of Iran,” who grew up under the gaze of the morality police.

“Growing up as a teenager, we would make sure we avoid[ed] streets that we knew the morality police vans would be parked [on] during the weekend,” said Kangarlou.

She says young Iranians have evolved within the “oppressive system” in order to live their lives, but the “average Iranian is fed up.”