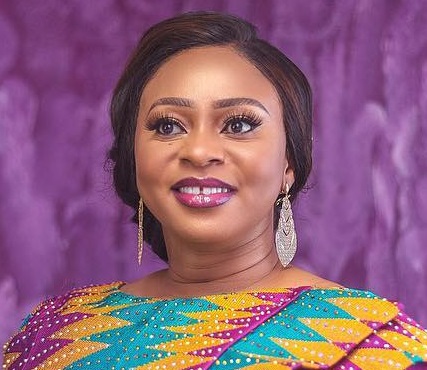 The case of the Member of Parliament (MP) for Dome Kwabenya and substantive Minister for Gender, Children and Social Protection, Sarah Adwoa Safo, provides a platform for discussion on some public administration issues, such as the political dimensions of public service, parliamentary representation, traditional gender roles and women in leadership.

Ultimately, it boils down to the choice she made to take time off her public duty to take care of her son who is unwell. I choose to look at the discussion through the lenses of women in public service and the several daunting and sometimes traumatising choices they make while navigating the labyrinth.

As a female leader, the legislator distinguished herself as a seasoned politician and made all women proud and hopeful that the rhetoric was gradually changing.

However, her recent actions seem to be thwarting the several gains made by women in leadership advocacy and has brought the discussion back to whether, barring their many traditional roles as mothers, home keepers and wives, women can take up and be successful in leadership roles in male-dominated fields, such as politics.

Her case is not the only one but has been by far the most impactful example of the choices women in leadership make.

The story started in 2021 when she was granted a leave of absence to attend to personal matters. It is well over a year now and she is still not at post.

Arguably, one can say that the passage of the controversial E-Levy in Ghana was stalled by her absence, causing the entire parliament of Ghana to come to a stalemate.

To make matters worse, her constituents were at sea and wondered what had become of the person they had voted for to manage the affairs of the constituency.

It is reported that she was one of the three Members of Parliament who were to appear before the Privileges Committee of Parliament, where the decision of whether to declare her seat vacant was meant to be made. After several failed attempts to engage with her, there seems to be a dead-end and the minister has still not appeared before the committee, and has consequently been declared as ‘missing’.

As the story unfolds, it is difficult to understand the nuances and unravel the interconnectedness between her role as a family woman, her political affiliation, and the duty she owes to Ghana as a public official.

To learn the right lessons from the case, the important question to ask is, how can other women in leadership and public service make appropriate choices when faced with such ‘family first’ or ‘duty first’ dilemmas?

Obviously, a woman will always be a woman and hence such calls for their motherly side will be constantly required. However, when these activities begin to conflict with work and public duty, it calls for concern.

Women in leadership are advised to ‘man-up’ and accept their responsibilities as women. There are no exceptions. Women in leadership will still be expected to perform some care duties at home so they must proactively plan for such situations.

When there is a sick child, you wear the ‘mummy cap’ and attend to it. Which is exactly what the MP did in this case, and this is commendable. However, the absence due to family duties should not be allowed to interfere with official duties.

Usually, making alternative arrangements helps temporarily. There are several options that can be taken. Where possible, support could have been sought to care for the home as a woman attends to work, thereby showing a true concern for the progress of her public work.

Family and friends are usually happy to step in once a while to help if they know that what you need time for will be for the greater good. In critical cases, arranging flexible work hours and remote working may help to ensure that official work is not stalled by physical absence from work.

Will a woman in leadership be pardoned for shirking her duties in public office to attend to family issues? The truth is, an official holding public office is no longer operating as an ordinary citizen.

Well, with the unsuccessful attempts by the Privileges Committee of Parliament to engage with Sarah Adwoa Safo, it appears the matter is well beyond the Parliament House.

The writer is a Senior Assistant Registrar at Ghana Communication Technology University (GCTU)/postgraduate student at the University of Ghana. E-mail: yackor@gctu.edu.gh