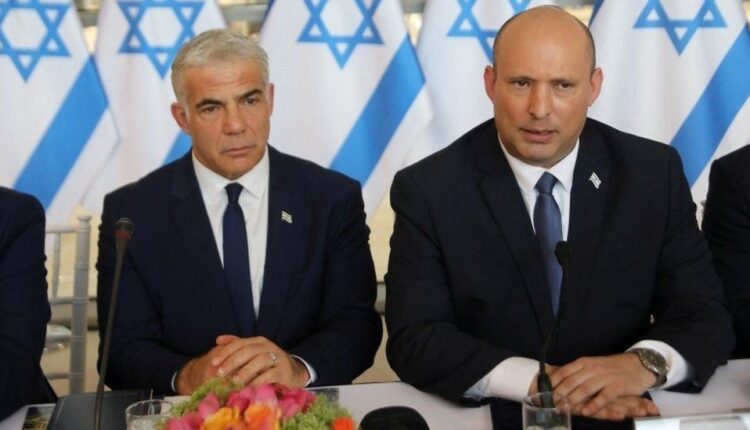 Israel is set to hold a fifth general election in under four years, after its fractured coalition government concluded it could not survive.

An election could take place in late October, commentators say.

The former prime minister and current opposition leader, Benjamin Netanyahu, has vowed to return to office.

Monday’s announcement comes after weeks of speculation that the coalition – the most diverse in Israel’s history – was on the brink of collapse.

It risked losing an important vote next week after a member of Mr Bennett’s own right-wing Yamina party quit the coalition, leaving it a minority in the 120-seat Knesset (parliament).

“After the attempts to stabilise the coalition were exhausted – Prime Minister Naftali Bennett and Deputy Prime Minister Yair Lapid concluded: A bill will be submitted next week for Knesset approval,” the Prime Minister’s Office said in a statement.

“Once approved, the rotation will be performed in an orderly manner. Prime Minister Bennett is now talking to party leaders.”

Last week, Yamina MK Nir Orbach resigned from the coalition, saying it had failed in its main mission “of lifting [Israelis’] spirits”, leaving it with only 59 seats. Others had also threatened to rebel.

The announcement on Monday night caught members of the government by surprise. The Times of Israel quoted sources as saying neither the defence nor interior ministers knew about the decision.

The bill to dissolve the Knesset will go to a vote next week. If it passes, as expected, Mr Bennett will make way for centrist Yair Lapid to become interim prime minister.

The two men formed the coalition just over a year ago after a series of inconclusive elections, ousting Mr Netanyahu, Israel’s longest-serving leader.

The coalition was stitched together from eight parties from across the political spectrum, united only by the desire to make it impossible for Mr Netanyahu to form a government.

Mr Netanyahu, who is currently standing trial on corruption charges which he denies, vowed to bring down the coalition as soon as possible.

Last week, the results of an Israel Channel 12 TV poll indicated that a bloc led by Mr Netanyahu would win most seats in a fresh election, though still two short of a majority.