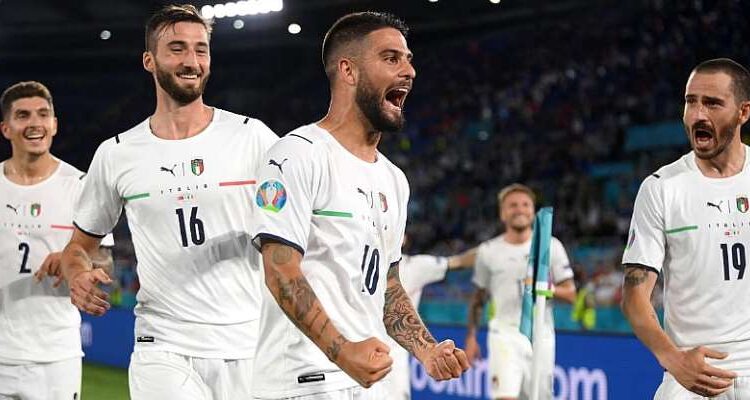 Italy produced a performance to remember in front of a fired-up home crowd in Rome to kick off Euro 2020 in style with a 3-0 win over Turkey.

An emotional evening reached an early crescendo with a short but spectacular opening ceremony that included a tear-jerking rendition of Nessun Dorma by Andrea Bocelli.

And for a while it looked concerningly like the match itself would become a case of after the Lord Mayor’s show for Roberto Mancini’s Italy side, as they were repeatedly rebuffed by a defensively organised Turkey side.

But the impressive Italians stuck to their guns and the goals that their sparkling performance merited finally came in the second half.

The first arrived courtesy of the unfortunate Merih Demiral, who turned the ball into his own net when scrambling back on 53 minutes.

And that own-goal broke Turkey’s spirits as Italy carved them open repeatedly in the remainder of the match, with strikes from Ciro Immobile and Lorenzo Insigne giving Italy the margin of victory that they very much deserved.

Turkey will hope for better in their second game in Group A against Wales on Wednesday afternoon, while Italy could effectively secure qualification with a win over Switzerland in Rome later that same day.