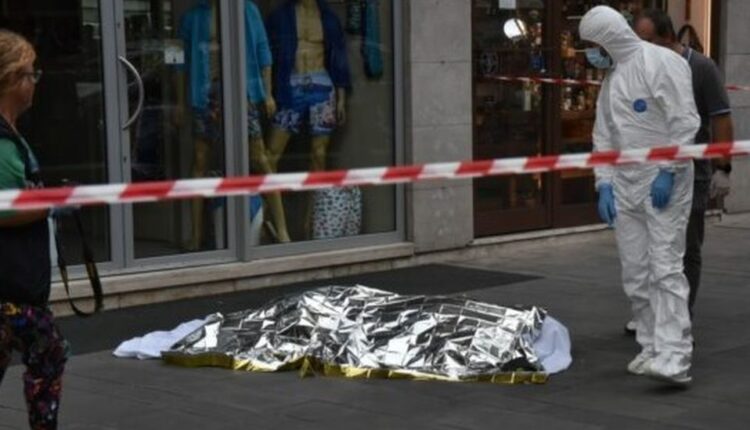 Italy: Outcry over killing of African migrant in town centre

The death of a migrant who was attacked in broad daylight in central Italy has sparked outrage.

The assault on the Nigerian street trader by another man in Civitanova Marche town centre was captured on video on Friday.

The recording, reportedly made by onlookers without any attempt to intervene, shows the victim being held to the ground by a white man.

A 32-year-old Italian has been arrested on suspicion of murder and robbery.

The video of the attack – which has been widely circulated on Italian news websites and social media – has shocked the community, with many highlighting the “indifference” of witnesses.

The circumstances of the incident are unclear.

The victim has been named as Alika Ogorchukwu, a married father of two. His wife, named as Charity Oriachi, could not contain her tears as she told media how she was shown the body of her husband lying on the ground.

On Saturday hundreds of people from the local Nigerian community took to the streets of Civitanova Marche, in Marche region, to demand justice.

The attack has also been condemned by Italian politicians.

Enrico Letta, the leader of the left-wing Democratic Party, said what happened was “dismaying”.

“Unheard of ferocity. Widespread indifference. There can be no justification,” he wrote in a tweet.

Right-wing leader Matteo Salvini also expressed outrage over the death, saying “security has no colour” and “needs to return to being a right.”