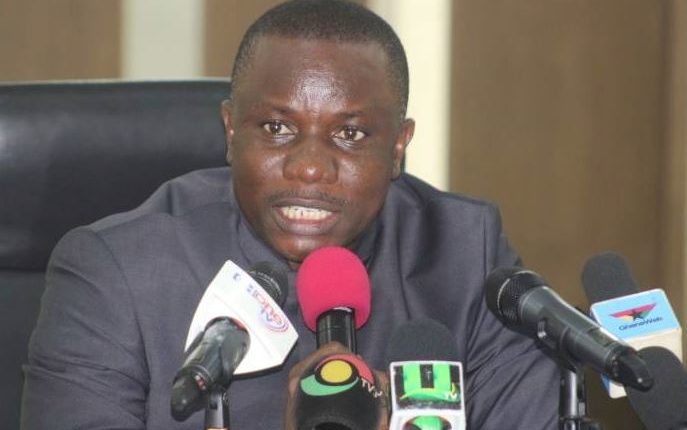 The Defence Minister Dominic Ntiwul has criticised ethnocentric rhetoric over the military deployments to border towns, sparked by an NPP MP’s comment.

The minister at a press conference to defuse tensions stressed the deployment was to combat the threat of covid-19 from the bordering towns.

It was NPP MP for Adansi Asokwa, KT Hammond who in a viral video explained the military presence in the Volta region was to “make sure that you vote if you are a Ghanaian.”

“They are not electoral officers but they are a peace-keeping force,” he said.

K.T Hammond further explained that election results have been severely impacted by Togolese.

“The Togolese and the Voltarians…they are the same tribe but they are not Ghanaians,” he said and complained about votes from Ketu South constituency of the Volta region.

“Where did they come from?. Everybody from wherever they came to vote. So this is what we want to disallow,” K.T Hammond said.

The military is there to make sure that you vote if you are a Ghanaian. They are not electoral officers but they are a peace-keeping force.”

A raging and vituperative commentary has been going on on social media over the weekend.

The opposition NDC elevated the matter in a press conference Monday morning. It’s Volta regional caucus in Parliament has called for the immediate withdrawal of the soldiers.

Mr. Bedzrah who addressed the press conference said, “there is no war between Ghana and Togo”.

He has accused the government of trying to disenfranchise Ewes, dominantly found in the Volta region which is also the NDC’s stronghold.

But reacting, the Defence Minister condemned ethnocentric rhetoric by the NDC.

‘I get disappointed when people want to make it a tribal agenda’, he said.

The minister explained that since February 21 to June 18, the government has been increasing its deployment of security forces to border posts all over the country, the Volta Region being no exception.The first deployment was about 895-force to towns mainly in the Northern, North-East, Upper West, Upper East and Savanna regions.

“Then came covid-19. Almighty covid” he said and explained there was a further need for more deployments to the border towns to enforce the president’s directive to close the borders.

Dominic Nitiwul explained that Ghana has porous borders with more than 250 unapproved routes as against 50 approved ones.

It was easy to escape and slip into the country undetected, a practice which could potentially spread coronavirus infections.

The minister said during the patrols, more than 5,000 people were arrested trying to cross the border or enter through unapproved routes.

“When we arrest 30 people, about a third test positive for coronavirus” he expressed alarm.

After four more deployments on March 7th, April 20th, June 18th and 19th, the minister said they also observed a ‘drastic’ drop in crime in some of the towns.

But after some retreat, armed robbery went up, compelling the government to launch ‘Enhanced Operation Calm Life’.

The minister said the government had no agenda to exclude Ghanaians outside the country from participating in the mass voter registration exercise.

He said Ghanaians living in border towns can come into the country and quarantine themselves for 14 days to be sure they do not carry coronavirus.

Until I am removed, do not counter me again – Bagbin warns Mensah-Bonsu