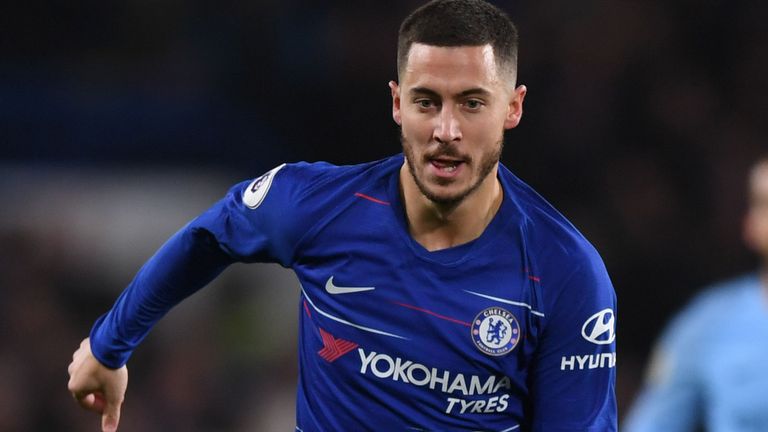 Eden Hazard insists Zinedine Zidane’s departure from Real Madrid has not affected his admiration of the club and claims he will dictate any decisions on his future.

The Belgian winger has long been linked with a move to Santiago Bernabeu and his contract at Chelsea expires in 2020.

Zidane left the Spanish giants at the end of last season and was replaced by Julen Lopetegui, whose reign lasted only until October. Former youth team manager Santiago Solari is now in charge of Real and Hazard insists the managerial change has not put him off.

The 27-year-old told RMC, as quoted by Get French Football News: “I have always liked Real Madrid as a club, with or without Zidane. At the end of this year, I have 1 year left on my Chelsea contract. We will see, it’ll be up to me to make the decision.”

Hazard received plaudits after starring in Chelsea’s 2-0 win over Manchester City on Saturday. Despite impressing in a more central role in that game, the forward said City are still the best team in the league.

The result brought Chelsea within seven points of the champions, although they still sit fourth – two points behind Tottenham and eight back from table-toppers Liverpool.

Hazard has been frequently linked with a move away from Stamford Bridge and is tipped to fill Cristiano Ronaldo’s shoes in Madrid. The winger has not shied away from the speculation, saying two months ago that it has been his dream to play for the Blancos since he was a child.

After a poor run at the start of the campaign saw Lopetegui lose his job, Madrid have struggled to recover under Solari and now sit fourth in La Liga. They travel to CSKA Moscow next for their final Champions League group game on Wednesday.

Chelsea meanwhile head to Hungarian side Vidi in the Europa League on Thursday before facing Brighton next weekend in the Premier League.