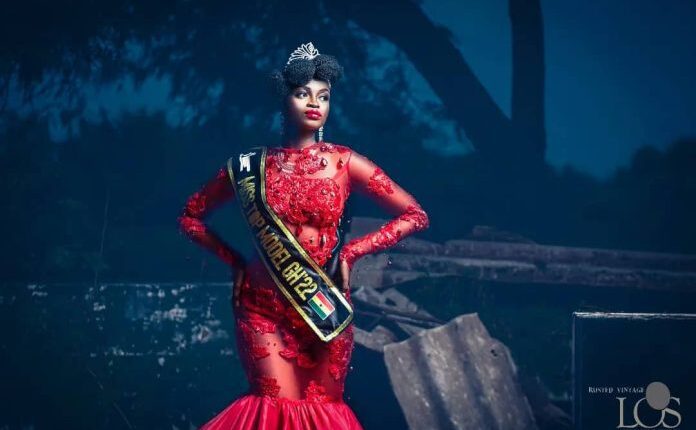 Janet Afi Adzie known in the fashion and modeling cycle as Mz Afi has been adjudged as the best overall winner at the recently ended 2nd edition of Miss Top Model Ghana pageant show.

The event organised by Iconz Modeling Agency was aimed at unearthing talents within the fashion and modeling industry as well as dignifying the beauty of ladies.

The grand finale which came off on Saturday at the National Theater saw 6 ladies battle on the runway for the ultimate on the night.

Beauty goddes, Mz Afi took the runway in her stunning outfits amidst singing and dance performances. Her stunning beauty and display on the way was second to none as she managed to beat her other finalists to grab the ultimate.

Highlighting her ambition as a model, Mz Afi stated that she would use her platform to push for the grooming of young girls within the industry.

“As a queen, I would like to use this platform to groom and mentor young and exuberant females, especially the less privileged ones who are poised to learn and acquire the necessary skills in the fashion and modeling industry,” she said.

Mz Afi who took home cash prizes and products from sponsors will further her quest on the international stage. She will represent the country at the world stage at the Miss Top Model International in India later this year.