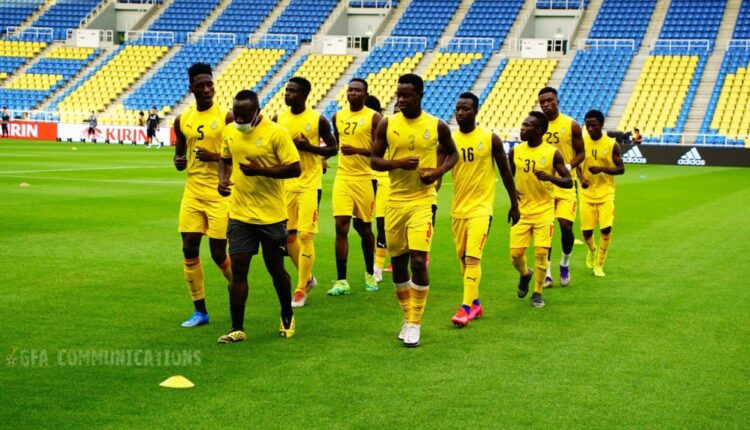 Ghana’s Black Meteors were humiliated in their international friendly against the U24 of Japan on Saturday morning.

The Olympic team of Japan thrashed Ghana 6-0 as they intensify preparations for the summer Olympics in Tokyo.

Japan started the game the better of the two sides and came close to breaking the deadlock after a mistake by Frank Assinki.

Moments later the Asians broke the deadlock after Doan Ritsu half volleyed in an earlier save by the Ghanaian goalie.

And right at the stroke of half time, it went from bad to worse for defender Frank Assinki who turned in a cross from the right into his own net.

The Japanese returned from the break hungrier for more goals and three minutes later Soma Yuki picked a clever pass from Kubo to net his side’s fourth.

Ueda Ayase headed in his side’s fifth from a well worked play from the Asians to put the beyond Ghana.

The Black Meteors coach Paa Kwesi Fabin made four changes at a time, but the quartet could not make a difference.

And with a minute left Mitoma Kaora twisted and turned Amoabeng for the sixth goal of the game.