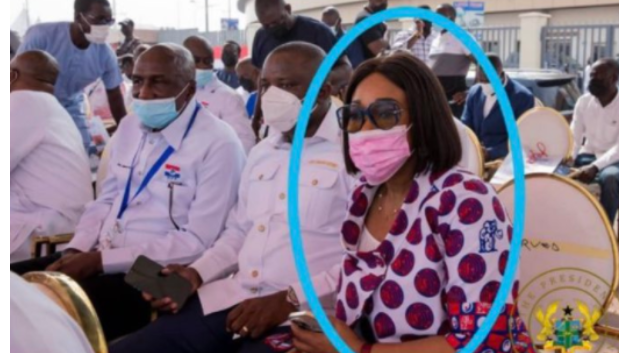 The commission, in a statement issued on Monday, December 20, 2021, urged the public to disregard news reports which purported that she was at the Conference, held at the Heroes Park of the Baba Yara Stadium.

Shortly after the conference, a photograph of a woman wearing sunglasses and a facemask emerged on social media. Captions of such posts suggested that it was the EC chairperson.

But the commission believes the said publications formed part of a scheme to tarnish the image and reputation of the EC boss.

“Our attention has been drawn to a photograph making the rounds on social media purporting to be the Chairperson of the Electoral Commission, Mrs. Jean Mensa, at the recently held NPP’s Delegate Conference in Kumasi.

“This comes to inform the general public to disregard this false news item as the said photograph is not Mrs. Jean Mensa. We entreat the public to be mindful of the schemes of sections within our society whose sole mission is to try to tarnish the image and reputation of the Chairperson of the Electoral Commission,” the statement said.