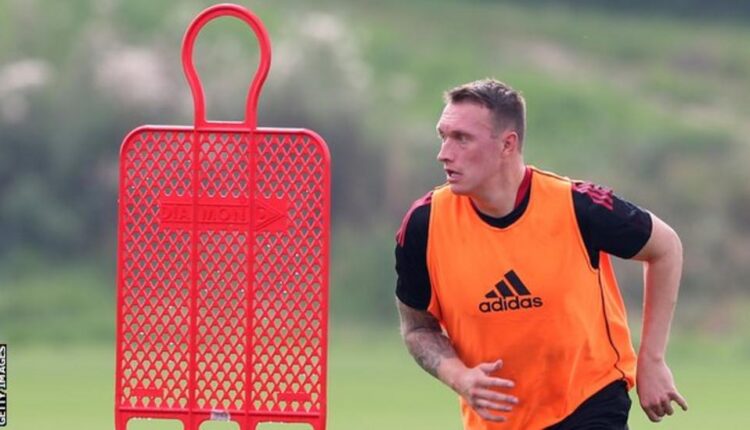 Jones back for Man Utd after 20-month absence

Phil Jones will return to the Manchester United squad after a 20-month absence for Wednesday’s Carabao Cup third-round tie with West Ham.

The centre-back has not played for the first team since an FA Cup fourth-round tie at Tranmere in January 2020, when he was one of the scorers in a 6-0 win.

Since then, Jones, 29 has been battling to overcome a major knee injury.

He eventually had surgery 13 months ago but his rehabilitation was complicated by travel restrictions during lockdown.

“He has completed two 90 minutes for the Under-23s, played some minutes behind closed doors and he’s got no reaction on his knee. He’s been working really hard.”

Jones played in an under-23s game at Arsenal on 11 September and in another against Brighton seven days later.

Solskjaer also confirmed Jesse Lingard will start against West Ham as the sides meet for the second time in four days, with the England midfielder having come off the bench to score a late winner against the Hammers on Sunday.

West Ham’s top scorer Michail Antonio is available for the tie after serving a one-match suspension on Sunday.