The Portuguese tactician has been sacked from his role as head coach of Real Madrid, Tottenham Hotspurs, Manchester United and Chelsea. Mourinho was let go by Chelsea before his contract was up on two occasions.

The aforementioned figure was reported by media outlet The Sports Journal on a deep dig into the finances of the charismatic coach’s exit.

Despite his early exits from these clubs, Mourinho managed to win titles at all stops bar his run with Tottenham where he led the North London team to the Carabao Cup final but sacked mere days to the game.

He has won the UEFA Champions League with FC Porto and Inter Milan before winning the maiden edition of the UEFA Europa Conference League title with Roma. 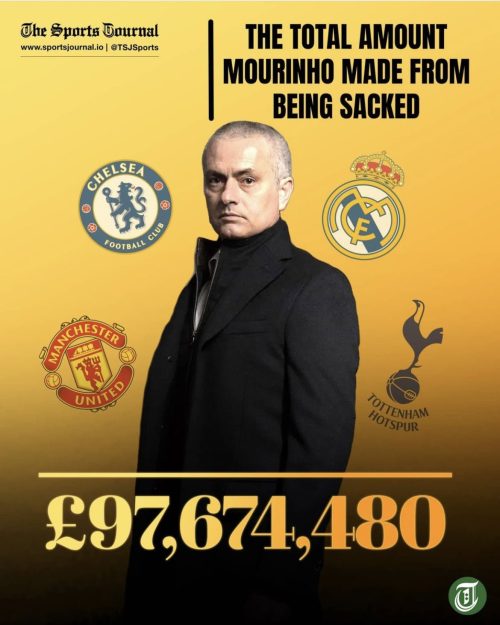 During the international break, Mourinho made the headlines by making a cameo in Rapper Stormzy’s “Mel Made Me Do It” music video.