The Judicial Service has unveiled Ghana’s first legal web library which would serve as a reference point for the legal body.

The web library is an online platform that provides a comprehensive collection of national legislation, judicial decisions, supporting rules and regulations.

It would also include judicial commentaries, accessible to judges, magistrates, the Bar and all the actors working in the criminal justice system.

The Legal Web Library is a result of a partnership between the Judicial Service and the Council for Law Reporting with the support of the European Union.

This was made possible through the Accountability, Rule of Law and Anti-corruption Programme (ARAP), implemented by the Spanish public foundation FIIAPP.

Speaking at the launch at the Law Court Complex in Accra, the Acconcia  Ambassador highlighted “the fruitful collaboration between the European Union and the Judicial Service of Ghana”. 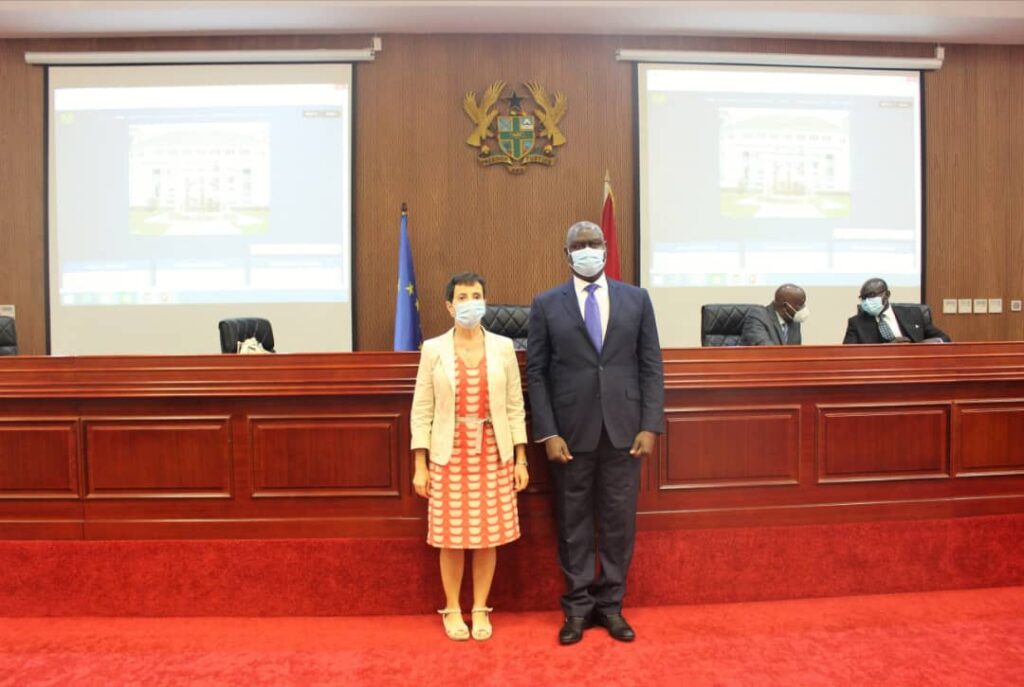 The Ambassador emphasised how access to reliable and up to date legal information is one of the cornerstones of access to justice.

“In an increasingly digital world, it is of great essence for all justice sector institutions to have a web-based library which will enhance prompt access to legal documents,” she indicated.

Adding his voice, the Chief Justice Kwasi Anin-Yeboah, outlined that “the launch of the web-based library is another step forward in our ongoing efforts to harness technology to improve the delivery of justice in the country.”

The Chief Justice added that “previous efforts such as the Electronic Case Management System, Electronic Case Distribution System and the current e-Justice System are also evidence of our commitment to the achievement of this aim.”

Mr Anin-Yeboah said the judiciary is committed to playing its expected role of making justice accessible to all who need it.

“Limited or no access to relevant and up to date judicial decision and legislations significantly affects the overall outcome and timing of judicial decisions and adjudication, especially for the most vulnerable segments of society,” he added.

According to him, the legal web library would provide speedy and wide access to current and retrospective information contents such as the Constitutions of Ghana, laws, Acts of Parliament, Legislative, Executive and Constitutional Instruments and others.

The shift to a digital library, he said, not only extends access to key legal knowledge, but it also enhances its effectiveness and efficiency.

The information and volumes provided in this library will be up to date and reliable, while it can also be searched more efficiently.