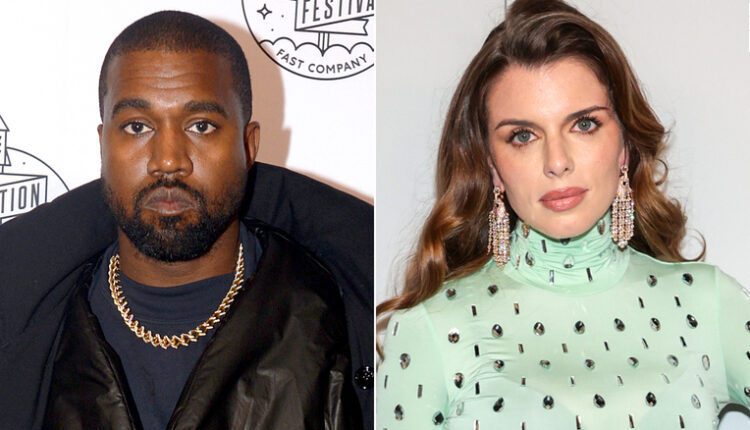 It was a very different way to go public with their dating, but according to Julia Fox so was their date.

The actress wrote about her experience kicking it with Kanye West, who now goes by “Ye,” for Interview magazine, complete with intimate photos shot by Kevin Leyva.
According to Fox she and West “met on New Year’s Eve” (the pair were spotted that night in Miami) and “it was an instant connection.”
“His energy is so fun to be around,” she wrote. “He had me and my friends laughing, dancing, and smiling all night. We decided to keep the energy going and fly back to New York City to see ‘Slave Play.'”
She was most impressed with the fact that while his flight landed at 6 and the play was at 7, West was on time, and after the Broadway production they headed to “dinner at Carbone which is one of my favorite restaurants.”
While there, according to Fox, West art directed a photo shoot, including the diners, which she says everyone present loved.
But the best was still to come for Fox.
“After dinner Ye had a surprise for me. I mean, I’m still in shock,” she wrote. “Ye had an entire hotel suite full of clothes.”
Calling it “every girl’s dream come true” and “a real Cinderella moment,” Fox ended by saying “I don’t know where things are headed but if this is any indication of the future I’m loving the ride.”
The images accompanying the piece she wrote included her and West canoodling, as well as some of their fashion moments.
West’s wife, Kim Kardashian West, filed for divorce last year and Fox is reportedly estranged from her husband Peter Artemiev.