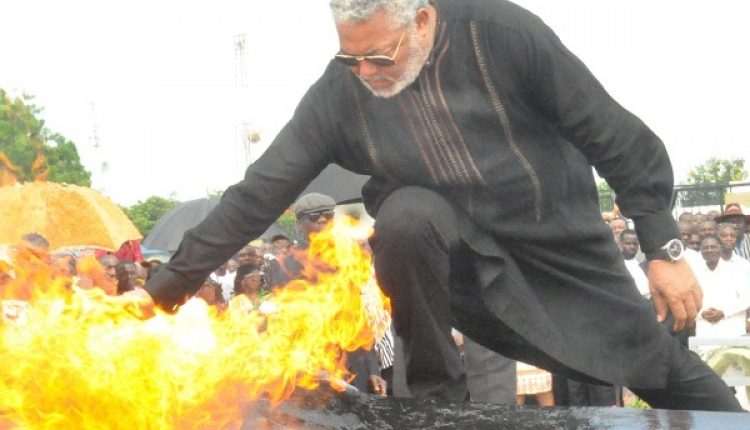 Ghanaians on December 31, 1981 experienced the return of the “Messiah”, one to save the people from the hands of a “corrupt” government and give hope to a distressed nation.

This “Messiah” unlike Jesus Christ who hailed from Nazareth and born to Mary and Joseph hailed from Dzelukope, Keta and born to the late Madam Victoria Agbotui, an Ewe and James Ramsey John, a Chemist from Castle Douglas in Kirkcudbrightshire, Scotland, on June 22, 1947 in Accra.

“Junior Jesus” justified his return with the corruption that had branded the then PNC government after handing over power to them as Chairman of Armed Forces Revolutionary Council (AFRC) on 24th September 1979, the then ruling government.

I was on an assignment on Thursday, November 12, 2020, when the news alert platform of the Ghana News Agency flashed with news of the sudden demise of this pseudo messianic figure who replicated a typology of Jesus in his time to Ghanaians.
I couldn’t believe my eyes. Was the headline right; it couldn’t be a fake news from GNA; “hmm Papa J”?
The evening news read; “President Nana Addo Dankwa Akufo-Addo has officially announced the death of former President Jerry John Rawlings, who died on Thursday morning at the Korle Bu Teaching Hospital in Accra after a brief illness.” So it was finally true.
Rawlings entered into the political scene on  May, 15,1979 with the gun, leading a group of junior officers in the Ghana Air Force to attempt a coup d’état but left in such a peaceful manner that the wind of peace accompanying his transition brought a sudden halt to all political differences. 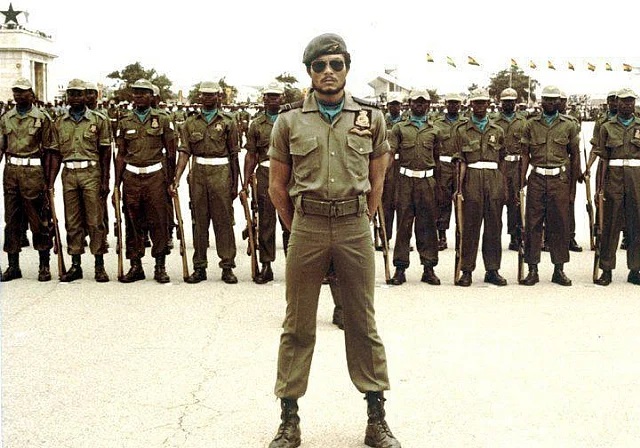 Barely about three weeks more to the nation’s elections, when political rallies were taking shape and issues were heating up, his demise came like snow on hot coals.
Tears are flowing like River Volta as flags fly at half-mast with all discussions turned towards his contribution to the democracy of Ghana and the world.
He left at a time where many are wondering whether the country could pass another electoral test with free, fair and violent elections, weeks away. But just like how he emerged on the political scene to stabilize the system, his death appear to have calmed the political tension ahead of the polls, with all political actors mourning the founder of the fourth republic in unison.
His death was not expected, just at a blink it had ended at 73. 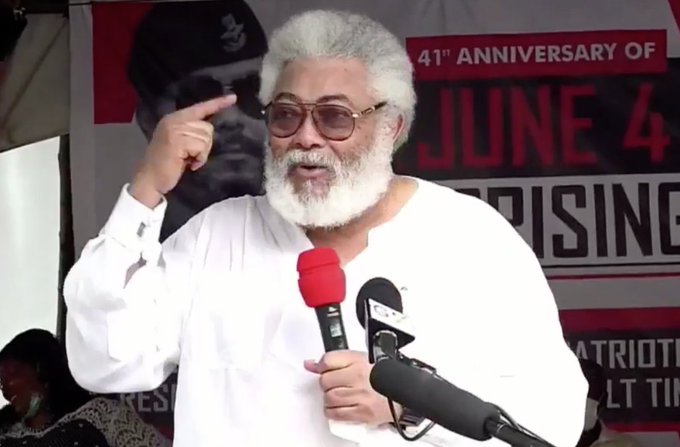 The Reverend Ransford Obeng, Chairperson, Kumasi Ministers Conference, speaking to journalists in Kumasi implored Ghanaians to honour the late former President Jerry John Rawlings with peaceful elections come December 7, 2020.
“The best tribute to pay the late president will be a violent free election,” he said.
Apostle Michael Israel Amenyinu, President, Pastors in Prayer Worldwide Network (PPWN), speaking to the Ghana News Agency, said the death of the former President had created an atmosphere of peace where political parties all of a sudden had given up on their differences and focused on contribution of Rawlings to the nation’s democracy.
Brigadier-General Joseph Nunoo-Mensah (Rtd), a former Chief of Defense Staff of the Ghana Armed Forces, said the death of Rawlings should guide the nation through peaceful elections.
The “Messiah” is gone. Ghana’s “Junior Jesus” is gone with his self-imposing figure and captivating voice. But he has left one thing with us. He has left peace with us. Let this peace lead us through the December polls and thereafter.
Story By GNA
Junior JesusRawlings is deadWhen did Rawlings die
Leave A Comment
Cancel Reply
You might also like
Opinion