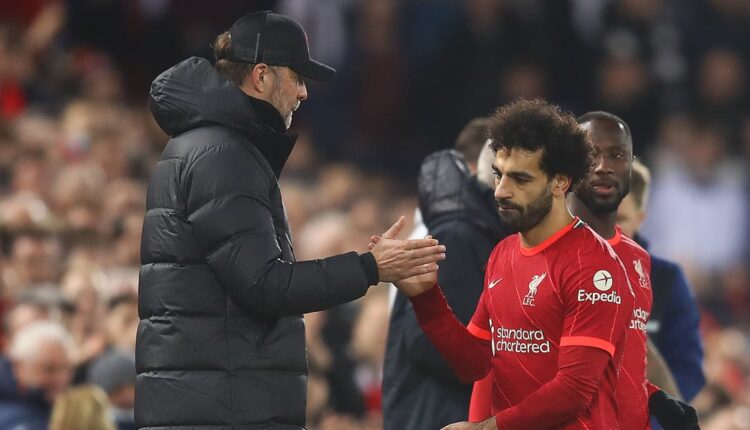 Jurgen Klopp has provided an update on Mohamed Salah’s contract negotiations with Liverpool – reassuring fans that the club want their star player to stay.

The Liverpool manager was asked about Salah’s contract situation – his current deal runs out at the end of the 2022/23 season – after the forward expressed his desire to sign a new deal.

“I want to stay, but it’s not in my hands. It’s in their hands,” said Salah in his interview with GQ (in which he was dressed like a character from a Wes Anderson movie).

Speaking at Wednesday’s press conference, Klopp called the interview with GQ ‘dangerous’, but also told reporters that he is ‘very positive’ about Salah signing a new contract at Anfield.

“Nowadays it’s dangerous with these interviews when you don’t speak to the player himself. I know Mo wants to stay, we want Mo to stay. These things take time, but I think all of it is in a good place. I’m very positive about it.

“Things take time. There are so many things that you have to do in these negotiations and that’s with a third party, the agent is there as well.

“He has nothing to worry about, it’s a normal process. He has a contract here this season and next season, and just because stories are made up then we have to talk about it, but there’s nothing to say about it – nobody has to worry. It’s just the situation.

“It’s really all fine, we are in talks. He’s a world class player, a great boy and has done a lot of great stuff for Liverpool and we want to keep him. Let’s see how it will work out.”