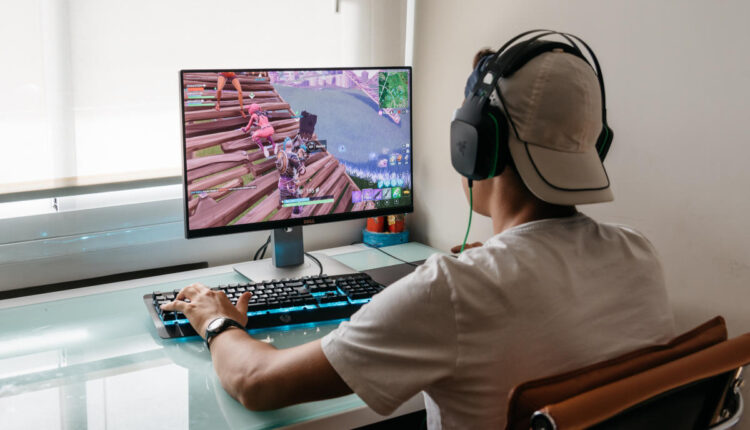 Just How Bad Is “Gaming Addiction”?

China made headlines last week by enacting one of the strictest measures to curb adolescent gaming that the world has seen to date. No youth under the age of 18 will be allowed to game Monday through Thursday, and are permitted one hour of gaming Friday-Sunday and on holidays.

Meanwhile, South Korea just ended their decade-long “Cinderella law” or shutdown law, which enforced a gaming curfew at 12 am (until 6 am) for youth under 16 years of age. The country will now rely on a choice permit system in which families make their own decisions about gaming curfews and restrictions.

In addition, one of the most popular and widely utilized classifications of diseases officially named “Gaming Disorder” a mental illness.

The International Classification of Diseases (ICD; 11th revision) released by the World Health Organization, now includes “Gaming Disorder” in the section for “Disorders due to Addictive Behaviours.”

What’s more, the American Psychiatric Association included proposed criteria for “Internet Gaming Disorder” in the section for Conditions for Further Study in the latest edition of the Diagnostic and Statistical Manual of Mental Disorders (DSM-5).

These headlines and official recognitions beg the question, how bad is gaming disorder—often colloquially referred to as “gaming addiction”—really?

For those who are not familiar with internet gaming (or the growing popularity of the professional gaming world and eSports empire), the issue can be puzzling. So let’s answer a few common questions.

What’s the Problem With Gaming?

Every generation of youth has had its own slew of leisure activities that elicited concern from older generations—what is so different about gaming? Internet gaming is a perfect combination of sensory stimulation, novelty, variable ration reinforcement scheduling, social engagement, and limitless opportunities to advance that can be extremely rewarding to certain individuals. Indeed, gaming activates the reward system in the brain causing a release of dopamine and other neurotransmitters implicated in reward.

For vulnerable individuals, (such as those with a genetic predisposition, co-occurring mental illness, history of trauma, or early exposure to gaming), the rewarding nature of gaming can lead to disordered or potentially addictive behavior.

So, Is Gaming Entirely Bad?

No. Just like other rewarding behaviors (e.g., eating, sex, gambling, drinking alcohol, using social media, shopping), gaming occurs on a continuum ranging from recreational/non-problematic play to compulsive/pathological play. Individuals span the continuum and those at the far end of problematic gaming can experience detrimental consequences as a result of their behavior.

Rather than youth who game for confined periods of time, can end their gaming sessions without issue, and are involved in a balanced array of activities (both online and offline), some youth find themselves craving gaming when they aren’t playing, mentally preoccupied with the virtual world, experiencing withdrawal symptoms when not gaming (e.g., irritability, anxiety, restlessness), and prioritizing gaming over offline relationships, educational obligations, and even personal hygiene.

These individuals come to rely on gaming as their primary means of managing their emotions, feel more comfortable as their online persona (e.g., avatar) than their offline self, and continue their gaming patterns despite a myriad of negative outcomes.

Thus, rather than “all gaming is bad,” a more accurate statement would be that the rewarding nature of gaming can become problematic for a subset of susceptible individuals.

How Prevalent is Gaming Addiction?

It is clear that gaming disorder is a global concern. Researchers and mental health professionals in many countries are actively trying to obtain prevalence rates and develop effective treatment strategies for disordered gaming behavior. Some of the most recent prevalence rates for community samples are 4.7 percent of Slovenian adolescents (Macur & Pontes, 2021), 7.5 percent of South Korean adolescents (Jeong et al., 2021), and 1.7 percent of Norwegian 10-year-olds (Wichstrom et al., 2019).

Among samples of gamers, prevalence rates of gaming disorder are much higher. For example, researchers found that 17.8 percent of a global sample of adult online gamers met the criteria for gaming disorder (Carey et al., 2021). Across the board, researchers find that gaming disorder affects more males than females, yet the number of female gamers continues to grow and gender differences may decrease in the future.

Do They Have a Disorder—or Do They Just Like to Game?

High involvement in any behavior, in and of itself, is not a sufficient criterion for an addiction. Instead, to determine whether a problem exists, we must consider the role of the behavior in the individual’s life.

For example, a teenager who has lost control over their gaming (e.g., they lie about how much time they spend gaming, break gaming limits and curfews, game even when they are exhausted and need to sleep, rely on gaming to manage their mood, or game instead of finishing their homework, socializing with peers, or even taking a shower), should alert us to the potential of a disorder. Compulsivity, craving or mental preoccupation, a loss of control, and continued engagement despite negative consequences are all hallmarks of gaming disorder.

Additionally, there are very popular assessment instruments that can be used in a more formal capacity to determine whether compulsive or potentially addictive behavior may be present (e.g., the Internet Gaming Disorder Scale-Short Form [Pontes & Griffiths, 2015], Gaming Disorder Test [Pontes et al., 2021]). When gaming causes significant impairment (educationally, in family relationships, occupationally, physically, psychologically, socially) and in a source of marked distress (e.g., extreme anger and threats when forced to stop gaming, dysphoric mood when gaming is unavailable, rage or self-harm as a result of poor performance in the game), gaming disorder should be considered.

What Should We Do?

The scientific community is continuing to learn more about the etiology, progression, characteristics, and treatment of gaming disorder or gaming addiction. If you are aware of a potential gaming problem among someone you know, or even yourself, consider seeking out a professional counselor, 12-step program, or treatment facility that specializes in gaming disorder. Read about gaming disorder and become more informed about the disorder. Tell trusted others in your life what is going on and create both a professional and personal support system. As a worldwide issue, no one who struggles with problematic gaming has to address it alone.