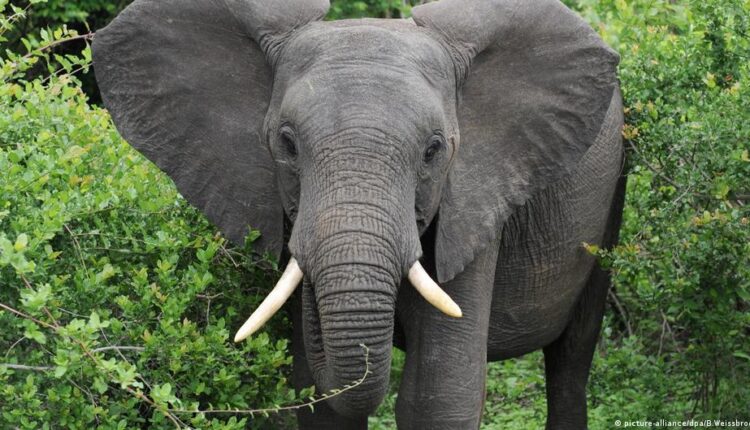 Rampaging elephants from the Kakum National Park Forest extension have raided more than three-acres of farmlands and destroyed crops estimated at GH¢60,000 in some farming communities in the Assin South District of the Central Region.

The crops affected were maize, yam, cocoyam, cassava, plantain, and cocoa which are the mainstay of the affected farmers, leaving them in despondency in the Assin-Abodweseso, Ongwa, Aboabo-Camp and Homaho communities.

Mr Brewu explained that the elephants often migrated from their habitat in the forest in search fresh food and fed on anything edible particularly in the rainy season.

“The elephants’ invasion in the district has been a yearly occurrence. They often migrate from their habitats in the forest reserve in the area to destroy them just as the farmers are about to harvest them,” he explained.

He encouraged the farmers to adhere religiously to measures instituted by the Ghana Wildlife Service and other concerned authorities to protect elephants and to ward off the perineal attacks by the elephants.

Mr Brewu appealed to benevolent organizations as a matter of urgency to support farmers with food and other livelihood items.

Mr Daniel Mensah, an affected farmer rallied immediate support from the NADMO, and called on the authorities concerned to address the issue urgently since it had affected their livelihoods.

According to him, the situation posed a serious threat to food security, human live and a disincentive to farming, especially in the forestry boundary communities.

He said all efforts to get the Game and Wildlife Service who were the Managers of the forest reserve to put in place measures to stop the animals from coming to the area have proved futile.

Other affected farmers called on the Government as well as the Game and Wildlife Service to act with immediate effect or they would have to gun down the animals to save their farms and the emerging threats to food security in the area.

“We won’t sit down for the elephants to destroy our crops which are nearing a level where we can harvest. It is sad for our crops to be destroyed just like that when that is what we rely on to take care of our family, pay school fees and pay other bills,” they said.

Madam comfort Dadzie whose maize farm was destroyed said the incident was one of too many to be ignored, because growing crops like maize, plantain and cassava alongside the cocoa was not an easy task, but all were destroyed by the elephants.

“We sometimes have to risk our lives by confronting the elephants with sticks. We beat drums, blow whistles, and very loudly knock noise-making objects to scare the animals but to no avail”.