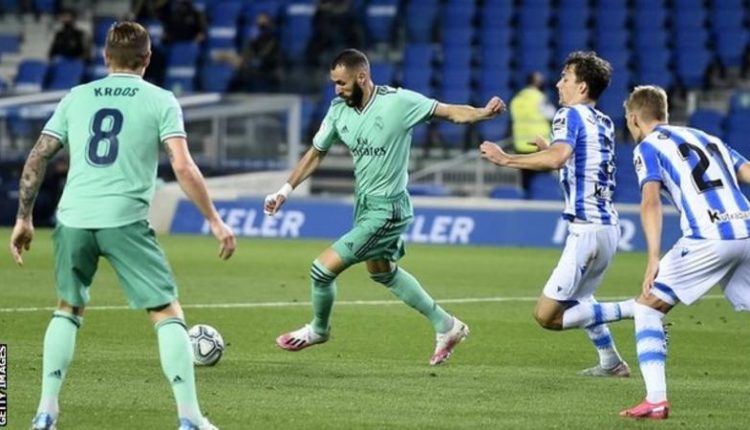 Real Madrid striker Karim Benzema hinted at the possibility of playing in Major League Soccer after admitting that the sport is “getting better and better there.”

Though the Frenchman is under contract at Madrid until June 2023, he refused to rule out a move Stateside and even teased the possibility of it.

“I like the USA. Football is getting better and better there. But am I telling you I will sign there? Right now, I am in Madrid,” he told ESPN.

Benzema joined Real Madrid in 2009, signing from Ligue 1 side Lyon. Since his arrival, the striker has recorded a stunning 287 goals in 566 matches.

“I take year by year. As long as I have this desire, this joy and I am loving football, I continue,” he said. “I don’t look at age or what is happening. It is all down to how I feel physically.

“I will never force it. I am 33; I will turn 34 in December. I continue to play, I feel better and better, so I have to continue. And to make the most of it.”

Should he decide to play in the United States, the forward would bring a stellar resume to MLS. He’s been named French Player of the Year on three occasions, lifted the UEFA Champions League four times and celebrated 13 overall titles in his career at Madrid.

Benzema also stands as a current contender for the Ballon d’Or award, attempting to become the first Frenchman to win since Zinedine Zidane, who has backed his compatriot to claim the prize.

The talented striker wouldn’t be the first star in recent years to play in Major League Soccer after a successful career in Europe. He would join the likes of David Beckham, David Villa, Steven Gerrard, Andrea Pirlo, Gonzalo Higuain, Zlatan Ibrahimovic.