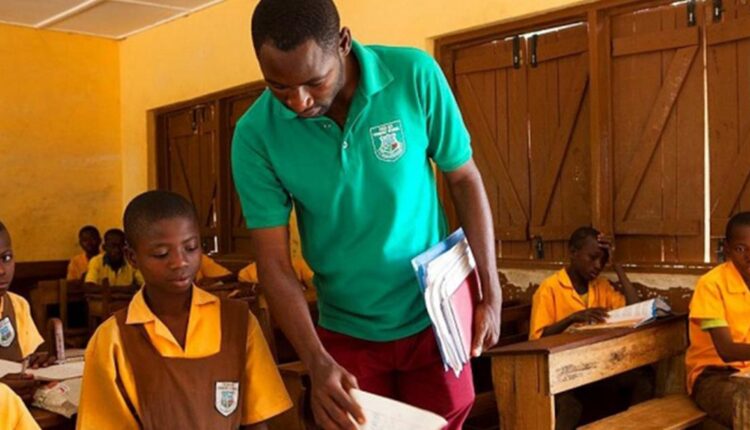 The Ghana Education Service(GES) has directed heads of senior high schools to mobilise their management teams to ensure the safety and wellbeing of all students in schools.

This comes after the leadership of all the various unions in the Pre-Tertiary Education Sector embarked on a nationwide strike in response to the government’s failure to grant them a 20% cost of living allowance amidst the current high inflation rate, increases in the price of goods and services, among others.

The demand was first made by the Trades Union Congress(TUC) at this year’s May Day celebrations.

But after their June 30 ultimatum was not met, the teachers triggered the industrial action to withdraw their services.

In a press statement, the GES said it had invited the unions’ leadership to a meeting to discuss the matter.

“Management of the Ghana Education Service (GES) has read from the media that the various Unions in the Pre-Tertiary Education sector have declared withdrawal of their services with immediate effect.

“Management has since invited the leadership of the Unions to a meeting to discuss the development and the way forward,” The Head of Public Relations at GES, Cassandra Twum Ampofo, said in a release. 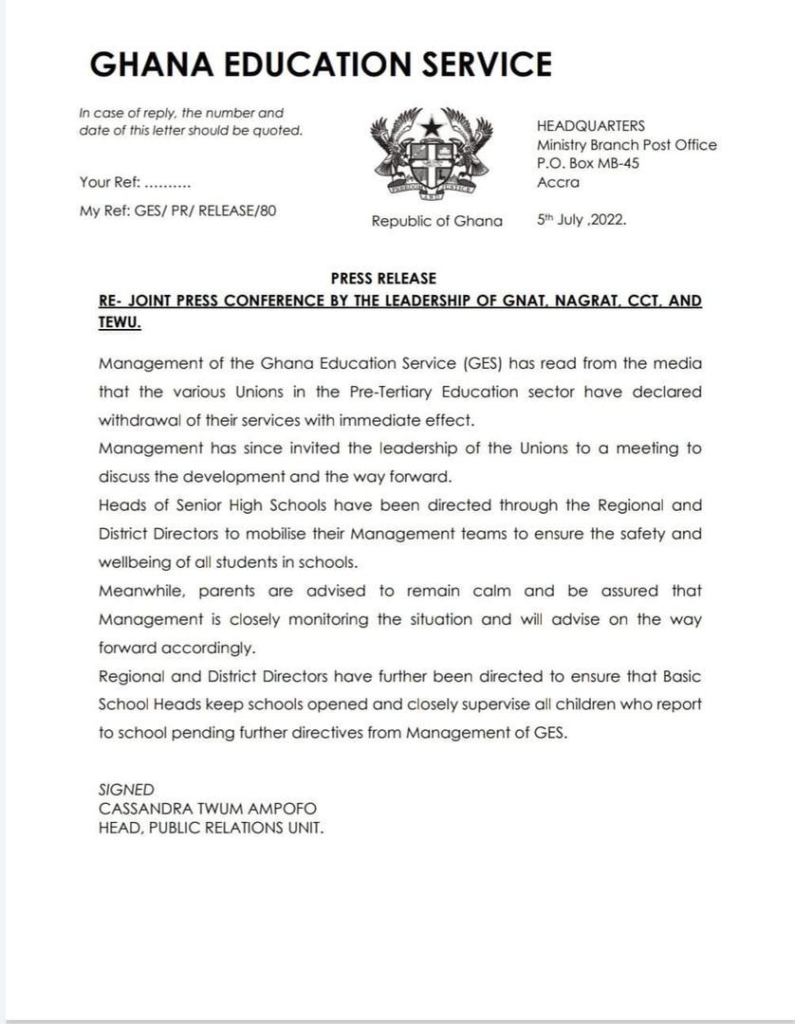 “Meanwhile, parents are advised to remain calm and be assured that Management is closely monitoring the situation and will advise on the way forward accordingly.”

It further indicated that Regional and District Directors had been directed to ensure that all basic schools remain open and children who report to school are closely supervised.